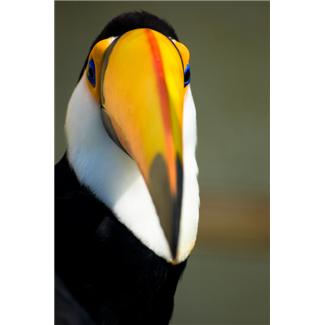 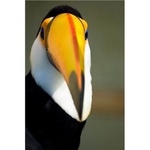 Pupils at three Aberdeen primary schools will this week get the chance to get up close and personal with some exotic creatures.

The Royal Zoological Society of Scotland’s (RZSS) Wild Bus is stopping off at the schools because pupils there won an Amazing Animals competition organised by the University of Aberdeen Natural History Centre.

Around 250 children from 10 city schools entered the contest which challenged children to pick an animal that interests them, explain why in a poem and create a poster featuring the creature.

Up for grabs were three class visits by the Wild Bus for primaries five, six and seven pupils.

Primary five pupils at Hanover Street School will receive their Wild Bus visit this morning (Tuesday, June 8) before it travels to meet primary six pupils at Hazlehead Primary this afternoon. The bus will then head for Culter Primary to see primary seven pupils tomorrow.

Marie Fish, Education Officer at the Natural History Centre, organised the competition. She said: “We were thrilled when the Royal Zoological Society of Scotland’s Wild Bus agreed to support our Amazing Animals competition. Our competition winners will be in for an unforgettable visit.”

Pupils visiting the bus will have the opportunity to meet a variety of exotic species on board, including giant African land snails and Madagascan hissing cockroaches.

Stephen Woollard, Education & Interpretation Manager for RZSS, said: “The Royal Zoological Society of Scotland is a national organisation and through our outreach programmes we can educate, inspire and inform children about the wealth of exotic animals on the planet.

“We do this through fun activities which also have a serious message about the need to conserve this incredible diversity for future generations both at a local and global level. We are delighted to be visiting Aberdeen and really hope pupils enjoy their time with us.”

About RZSS and the Wild Bus:

The Wild Bus was created as an initiative celebrating RZSS’s centenary in 2009 and aims to help introduce school children to science, with a particular focus on rainforests, in sessions across Scotland.

Wild Bushas been touring since August 2009 and will make its last visit at the end of June.

The overall cost of the project is around £135,000 which is a significant investment for a charity.  Fortunately RZSS received funding from a variety of sources including £35,000 from the Scottish Government and £15,000 from The Gannochy Trust. Arnold Clark also donated a support vehicle to the value of £15,000.

RZSS purchased the 1976 Leyland double-decker in spring last year. It has since undergone a dramatic makeover, both externally and internally. The majority of the work was carried out by employees within RZSS.