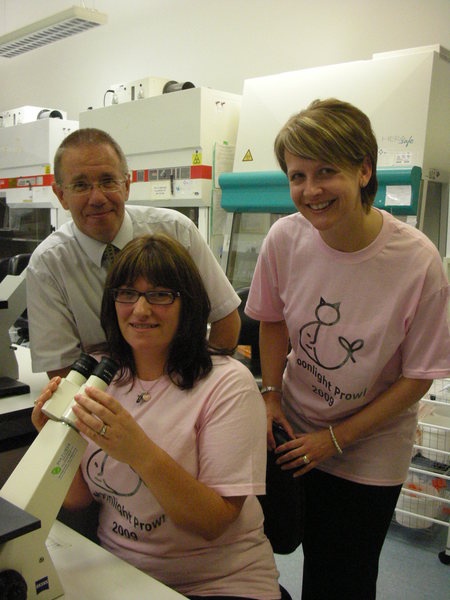 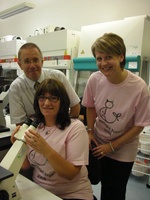 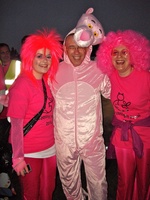 Breast cancer researcher and clinician Professor Steve Heys will this weekend swap his lab coat for a waterproofs and a Pink Panther suit.

Professor Heys will be in the pink at the Moonlight Prowl – a sponsored walk taking place this Saturday night through the streets of Fraserburgh.

The Cancer Research Programme Leader will don a Pink Panther suit to help marshall the event which has raised £345,000 in the last four years for breast cancer research at the University.

Professor Heys will then spend Sunday aboard the ‘Bobbin’ Boffins’ – a home made raft which he and his University colleagues are entering in the Garioch Lions Raft Race to raise money for research into cancer and kidney disease.

Professor Heys, Professor of Surgical Oncology at the University and honorary consultant surgeon with NHS Grampian, said: “It’s going to be an action packed weekend but the Moonlight Prowl and the Garioch Lions Raft Race are two fantastic fundraisers which bring in a lot of much needed money for research and I’m absolutely delighted to be involved.

“The Moonlight Prowl is now in its fifth year and has raised an incredible amount of money for breast cancer studies right here in Aberdeen. It’s a great event and really feels like it has the backing of the whole of Fraserburgh.

“And this is the very first time I have been competed in the Garioch Lions Raft Race which is supporting important research. Again it should be a lot of fun, particularly if our Bobbin’ Boffins raft manages to stay afloat!”

Saturday’s Moonlight Prowl starts at 10pm in Fraserburgh and women walkers either do a six or 13 mile route.

The Garioch Lions Raft Race is held on the River Don on Sunday from 1pm.