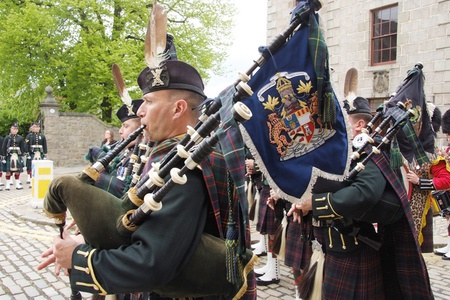 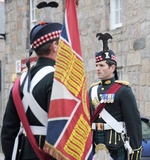 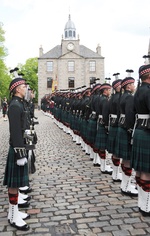 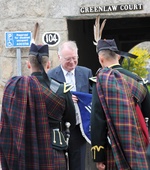 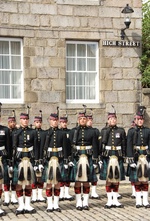 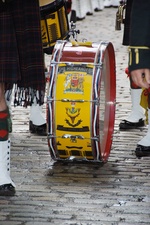 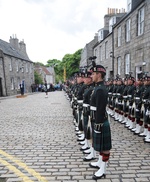 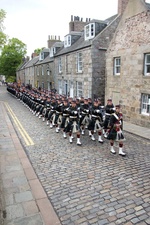 The University of Aberdeen will present a pipe banner to The Highlanders, 4th Battalion The Royal Regiment of Scotland (4 SCOTS) today (Friday May 28).

A company of soldiers from the Battalion, which is based in Fallingbostel in Northern Germany, along with the Pipes and Drums, will march along the High Street.

It marks a return to the traditional homeland of The Highlanders, 4th Battalion The Royal Regiment of Scotland and will be the first of three engagements in the city.

The soldiers will first parade at the University of Aberdeen at 11am, where they will be presented with a Pipe Banner on behalf of the University by Senior Vice Principal, Professor Stephen Logan.

They will then travel to the Headquarters of FirstGroup, which was their antecedent Regiment’s - The Royal Aberdeenshire Highlanders - former barracks in the city’s King Street. The building still has the original façade. The soldiers will parade at FirstGroup HQ and the Lord Provost will take the salute.

Finally the soldiers will march down Union Street to thank the people of Aberdeen for their support to the Battalion.

Professor Logan said:  “The University has a longstanding connection with the armed forces. During World War I and World War II many members of staff, students and graduates, of course, served acrossall branches of the Armed Forces – and in The Great War, many enlisted in the University's 'U' Company of the 4th Gordons.

“Today those links continue most notably through the University Officer Training Corps but also through the service of remembrance where each year we remember and give thanks to those who have fallen for our country.

“It is fitting that the University of Aberdeen should present our home regiment with this banner today through which we can celebrate and commemorate our relationship.”