Research into technology to reduce rural road deaths
26 May 2010 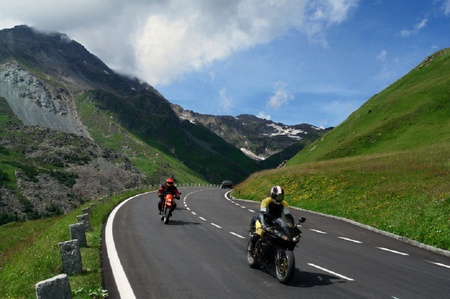 Revolutionary technology which could help reduce deaths on rural roads is being investigated by Aberdeen scientists.

2341 road traffic accidents resulted in fatalities in the UK in 2008.  The majority of these accidents – 60% - occurred on rural roads*.

Experts from the University of Aberdeen are developing a device which would provide medical advice and support for the first person to arrive on the scene of a road traffic accident.

It would also continuously monitor and record the casualty’s condition before the arrival of emergency services.

The system – which is in its initial stages of development - is likely to be a small hand held device which could be used by a doctor, nurse, paramedic, or a trained community first responder**, and would work by:

A team of clinicians, computing scientists, and physiologists are working together on the project.

It is the first to be undertaken by dot.rural - the University of Aberdeen research hub - funded by a £11.8million grant from the Engineering and Physical Sciences Research Council (EPSRC) under the Research Councils UK Digital Economy Programme- which is investigating how digital technologies could transform rural communities, society and business.

The research team plan to work with emergency services such as the British Association for Immediate Care, Scotland (BASICS Scotland), and to build on previous work with Intelesens – a spinout company of the University of Ulster which creates wireless monitoring devices.

Professor David Godden from the University of Aberdeen’s Centre for Rural Health and Professor in Computing Science at the University, Chris Mellish, are leading the project.

Professor Godden said: “Statistics confirm that road traffic accidents are a major health issue in rural areas and this is combined with the additional challenges faced by emergency services working in remote areas, in terms of how long it can take to get to the scene of an accident.

“Actions taken in the time immediately after an accident has occurred play a critical role in the casualty’s survival.

“We are investigating the creation of a device which would provide crucial support for the first person to arrive on the scene - helping them to make decisions and store key information on the injured person’s condition.

“The device would gather information on the casualty’s vital signs via a sensor placed on their body and information inputted by the person at the scene. This information would be analysed and advice would be provided on what should– or should not – be done in order to help the casualty.

“It would also constantly monitor the person’s condition and any change –for example a dramatic rise in heart rate – would signal an alert that action needed to be taken.

“In addition the device would provide a record of information on the casualty’s condition from the moment the person arrives on the scene meaning that all vital information gathered is retained and can be passed on accurately and promptly to the hospital medical team.

“The technology also could have the potential to be transferred for use in situations in the home – for example heart attacks or asthma attacks.”

Professor Mellish said: “This project is about looking at just one of the ways technology can support or enhance the delivery of healthcare in rural areas.

“The device will use a technique called Natural Language Generation – where complex data is translated into simple and understandable text.

“The medical data gathered by the sensor and any actions that need to be taken would be communicated by the device through clear and concise sentences making it simple for the first person on the scene to follow in what is likely to be a highly tense situation.

“A major part of our research project will be looking at how the device would function, taking into account that the person at the incident may be dealing with adverse weather conditions or heavy noise levels.  For example should it be touch screen, use images, or dialogue to actually “talk” the person through the advice and information.”

Research into the device begins this month with the project running for three years.

**Community first responders do not currently attend road traffic accidents. However the device could conceivably be used by them in the future if this situation were to change.

The University was awarded £11.8 million of funding by the Engineering and Physical Sciences Research Council (EPSRC) last year to create dot.rural – a hub of researchers conducting research and development into digital technologies to enhance how crucial services such as healthcare and transport are delivered in rural areas across the UK.