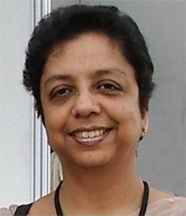 Women born prematurely or who have brothers or sisters who were born too early are more at risk of having a pre-term baby, according to a unique University of Aberdeen study.

The findings - published today (May 24) in the American journal Obstetrics and Gynecology -  are based on data taken from mothers and their daughters who gave birth in Aberdeen between September 1948 and March 2008.  All records related to single births only and did not include twins or other multiple pregnancies.

Researchers used anonymised data from the maternity records of 22,343 mother-daughter pairs to explore the possibility of a genetic cause for spontaneous pre-term birth, which is a leading cause of death in newborns and can lead to long term problems such as cerebral palsy.

Dr Sohinee Bhattacharya, Lecturer in Obstetric Epidemiology at the University of Aberdeen, led the study which was funded by the American charity March of Dimes.

The research is based on a dataset from the Aberdeen Maternity Neonatal Databank. Because Aberdeen has such a stable population and the majority of women in the Aberdeen City area give birth in the same hospital, the Databank and its datasets are unique and particularly useful to researchers.

Dr Bhattacharya said: “Women born preterm or with siblings delivered in a similar manner have an increased risk of spontaneous preterm delivery in their own pregnancies.

“Preterm birth is the leading cause of death and long-term ill health in babies and children in the developed world. Attempts to predict and prevent spontaneous preterm births are compromised by gaps in our understanding of what causes the condition.

“Accurate prediction of risk would also help in planning appropriate antenatal care in women deemed to be at high risk.

“Our research supports a genetic predisposition to preterm birth. Further research should focus on the identification of candidate genes for the condition.”