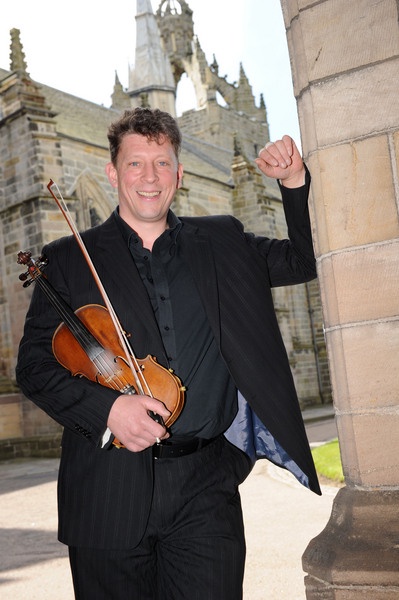 The UK’s biggest fiddle festival will be launched on Saturday May 29 with a celebratory concert in Aberdeen.

The North Atlantic Fiddle Convention, organised by the University of Aberdeen’s Elphinstone Institute in partnership with Scottish Culture and Traditions, is returning to the Granite City for the first time in four years from July 14 to 18.

It will see some of the biggest names in traditional music flock to Aberdeen and is expected to attract an audience of more than 13,000, with visitors coming from across the world.

To officially launch NAFCo 2010, a concert Celebrating the Fiddle will be held at the Lemon Tree in Aberdeen headlining some of Scotland’s most talented performers.

Charlie McKerron, winner of the Daily Record Golden Fiddle Award, will team up with guitarist Marc Clement to perform.

They will be joined on the bill by the celebrated Tarland fiddler Paul Anderson and north-east based musicians Carol Anderson, Rae Jappy, Nicola Auchnie, Sandy Tweddle, Sharon Hassan, and Daniel Thorpe.

The concert is a prelude to the main Festival in July – five days of concerts, ceilidhs, solo recitals, workshops, demonstrations, free performances, ‘market-place’ events, and sessions in pubs.

NAFCo 2010 will also feature a parallel academic conference which will be held at King’s College, University of Aberdeen, based on the theme ‘Roots and Routes’.

Ian Russell, NAFCo Festival Director, said: “NAFCO is a landmark cultural event for the City of Aberdeen and surrounding area and we hope the launch concert will give people a taste of the main festival in July.

“We have the award-winning duo Alasdair Fraser and Natalie Haas and American fiddler, banjo player, guitarist, and singer Bruce Molsky on the bill so it promises to be one of the most exciting conventions yet.

“NAFCo also showcases some of Scotland’s leading talents and the concert at the Lemon Tree will also provide aflavourof this fantastic local talent.

“NAFCo is one of the world’s most exciting traditional music and dance festivals with the sounds of over 12 countries represented, from the wilds of Manitoba to the fire of the Balkans, from the serenity of Scandinavia to the passion of Galica.”