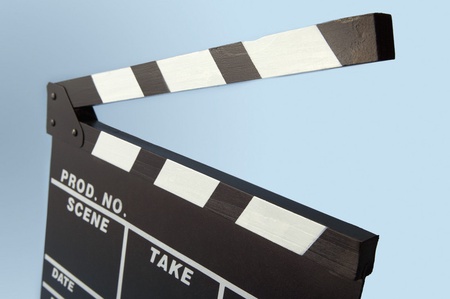 The University of Aberdeen’s Film and Visual Culture students will present their work at a special degree show today (May 19).

They have engaged with international filmmakers and artists such as Raul Ruiz and Zeigam Azizov, as well as staff in the department, to create their films over the last year.

Students on the MA in Film and Visual Culture and the MLitt in Visual Culture have the opportunity to take courses in film production as part of their degree programme.

Their work will be presented at the 2010 Film Degree Show, which takes place in the MacRobert Lecture Theatre from 6pm to 10pm tonight (May 19).

The room will be configured to provide a gallery experience, rather than a cinematic one, and the films will be shown simultaneously on a series of smaller screens, as well as on the large screen.

Dr Janet Stewart, Programme Coordinator of the Mlitt in Visual Culture, said the students were looking forward to sharing their work with an audience for the first time.

“The standard across the board is very high with some outstanding individual works,” she added.

“They have really grasped the opportunity to express themselves creatively, collaborating with filmmakers and other students to produce some unique and fascinating pieces.

“The third year students collaborated with music students on film production and composition, the fourth year students’ productions were inspired in part by the work of world-renowned director Raul Ruiz, while the postgraduate students worked with Zeigam Azizov to produce films about the public role of the intellectual.

“This is a great opportunity for the students to showcase their talents and for anyone interested in the arts and filmmaking to see some of the creative work taking place here at the University of Aberdeen.”

Entry to the Film Degree Show is free and all are welcome.