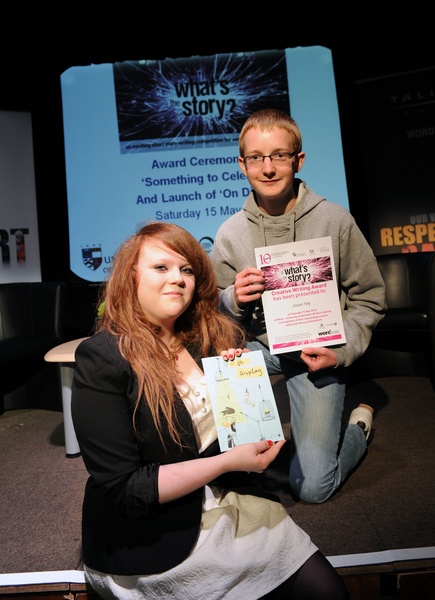 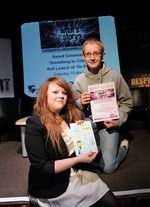 The winners of a prestigious writing competition, who will now share their work with readers across Scotland, will be unveiled at the Word Festival today (Saturday May 15).

Eleven aspiring young wordsmiths have been selected from over one hundred entries to become published authors through the What’s the Story? competition.

Now in its sixth year, the popular contest invites secondary school pupils from across Aberdeen city and shire to pen their own short story, this year based on the theme of Something to Celebrate.

The competition is a partnership between Word – the University of Aberdeen Writers Festival – and the Arts Education Teams of Aberdeen City and Aberdeenshire Councils.

A panel of judges sifted through the entries and selected the top 11, which will now be published by Wordfirsts – the only publisher in Scotland dedicated to publishing the work of young people.

The winning stories are from:

They will be presented with a Waterstone’s voucher at a special Word event on Saturday where last year’s winners of the competition will also see their work in print for the very first time with the unveiling of their publication On Display.

What’s the Story?attracted a record number of entries with 108 pupils putting pen to paper and letting their imaginations fly.

They found creative ways to incorporate the theme, selected as the Word Festival celebrates its 10th birthday, from tales of weddings to the end of war and the touching story of an earthquake survivor.

The presentation forms part of the Marathon Oil Children’s Festival, which runs alongside the main Festival, with 20 free events from storytelling to a treasure hunt and magic shows.

Annette Murray, Aberdeen City Council Arts Education Co-ordinator, said: “This year we received the highest number of entries we have ever had and the standard was once again top class.

“This is a wonderful opportunity for young people to become published authors and they should be proud of what they have achieved.

“The anthology produced with last year’s winning entries is superb and showcases the talent of budding young authors here in the north-east. I’m now looking forward to seeing the work of the 2010 winners in print.”

Jill Burnett, Coordinator of the Marathon Oil Children’s Festival, said: “The Children’s Festival at Word is designed to fire young imaginations and it is fantastic to see the wonderful work young people can produce with the right inspiration.

“Word enjoys an excellent relationship with the Arts Education Teams of Aberdeen City and Aberdeenshire Councils and we are delighted to be able to showcase the Wordfirsts publication.”

Copies of On Display as well as previous Wordfirsts titles are available from the Arts Education Team on 01224 346361 or hevans@aberdeencity.gov.uk.