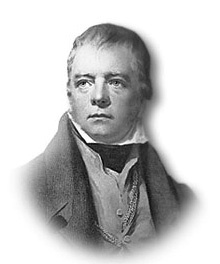 Tomorrow (Saturday May 8) marks the 200th anniversary of the poem credited with the ‘birth of Scottish tourism’.

Walter Scott’s The Lady of the Lake was a publishing sensation of the day and the poem became a global bestseller. Scott’s setting and description of the unique Scottish landscape is credited with a surge in Highland tourism following its release in 1810, from which the area has never looked back.

To mark tomorrow’s landmark anniversary, the University of Aberdeen – home to the Walter Scott Research Centre – will launch a special exhibition which includes a first edition of the poem.

The Centre was established in 1991 and includes the Bernard C. Lloyd Walter Scott Collection part of the University’s Special Collections, which holds British editions of nearly every work Scott ever wrote, edited or contributed to, alongside material relating to the influence of Scott throughout the 19th century.

It is the most comprehensive collection of printed Scott material there is and the Centre has co-ordinated the definitive Edinburgh Edition of the Waverley Novels and is about to embark on a major critical edition of Scott’s poetry.

Highlights of this extensive collection will go on public display at The Old Town House, Aberdeen tomorrow (May 8) and Scott’s work will also be celebrated at Word – the University of Aberdeen Writers Festival (May 14-16).

The Lady of the Lake: Imaging the Highlandsexhibition includes first edition books, paintings, a DVD show and storyboards and will run until June 4.

On Friday May 14 the directors of the Walter Scott Research Centre, Professor David Hewitt and Dr Alison Lumsden, will present a special Word event exploring the perennial importance of Scott.

They will be followed by Stuart Kelly, author of Scottland: How a Writer Invented a Nation who will join Robert Crawford, who recently published a biography of Burns, The Bard, for an interactive discussion on why the pair loom so large in Scotland’s national consciousness.

Professor Hewitt said: “Scott had an extraordinary impact on all aspects of 19th century culture and the exhibition includes poetry, paintings and music to reflect this.

“The Lady of the Lake sold more than 23,000 copies in the year following its publication – a phenomenal number for 1810 – and continues to hold its place in the national consciousness today.

“Scott translated a vague interest in the Highlands into something which determined where people should go on their holidays and so has been credited with the birth of Scottish tourism.”

Dr Lumsden said The Lady of the Lake was successful in generating a sense of Scotland and the Highlands which was picked up by other writers and artists.

“We wanted the exhibition at the Old Town House to demonstrate the huge knock-on effect of Scott’s work and particularly The Lady of the Lake poem,” she added.

“He formulated an image of what the Highlands was and it seems appropriate that 200 years to the day since his influential work was published we should be remembering and reflecting on Scott’s work.

“To some extent his poetry has been neglected and this important anniversary gives us an opportunity to bring the significance of his work to a new audience through the exhibition and associated events at the Word Festival.”

The Scott Collection event will run at Word on Friday May 14 at 12.30pm in the Linklater Rooms, King’s College, University of Aberdeen and tickets are free of charge.

This will be followed at 2.30pm with Burns and Scott with Robert Crawford and Stuart Kelly. Tickets are £5 (£3 concessions) and can be booked online at www.abdn.ac.uk/word/programme or through Aberdeen Box Office on 01224 641 122.