Scotland seen as ‘welcoming’ by immigrants
03 May 2010 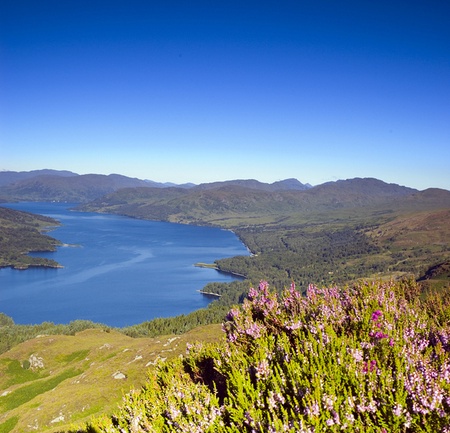 Scotland is seen by Buddhist immigrants in a favourable light compared to the rest of UK and Ireland according to a new study by researchers at the University of Aberdeen.

Anthropologist Dr William Tuladhar-Douglas is examining how immigrants from Buddhist societies perceive the Scottish government and the Scottish landscape.

Dr Tuladhar-Douglas, a lecturer in the anthropology of environment and religions at the University of Aberdeen, hopes his research will add a new dimension to the debate on immigration, which has been brought into sharp focus as the election approaches.

He said: “Immigration has become a defining issue in this election and I feel that it is important to ask do Scottish voters hold a different view of immigration than voters elsewhere in the UK? We know Scotland needs immigration, but which voters agree with that policy?”

“In my recent research I am approaching this question from a neglected perspective. How do immigrants from Buddhist societies perceive the Scottish government and the Scottish landscape?”

He focuses specifically on immigration from Buddhist communities.  According to the 2001 census, there were some 6800 Buddhists in Scotland making up less than one percent of the population, but it was the largest single group after Christian denominations and Islam. Scottish Buddhists come from both immigrant and non-immigrant backgrounds.

Dr Tuladhar-Douglas  added: “One question I have asked in my research, is whether respondents see Scotland as a distinct nation. It is already clear from my informants that they do see a sharp distinction.

“Although all those I have interviewed so far are legitimate immigrants with the right to live and work in the UK, they nonetheless feel threatened by both anti-immigrant rhetoric and raids by immigration officials removing failed asylum seekers or illegal workers. Stories about unjust removal and unfair treatment circulate among properly settled immigrants as well, leading to a sense of insecurity.

“Even though they know they have the right to be in Scotland, there is nonetheless a sense of state hostility that is associated not with the Scottish Government or Scotland as a place, but with the more distant UK Government.

“Hence, from initial interviews and surveys, it appears that immigrants from Buddhist societies to Scotland see Scotland as a welcoming landscape with a generally friendly government. That experience arises, at least in part, because of the contrast with the policies and practices of the UK government.”

Although Dr Tuladhar-Douglas’s research is focussed on the views of Buddhist immigrants, he expects his research to have implication for immigration as a whole.

“The social processes underlying the perception that Scotland is welcoming, in opposition to the UK as a whole, may well be similar in other immigrant communities,” he said.

He will present the findings of his study for a keynote speech at the Tung Lin Kok Yuen Conference: Buddhism and Diaspora, on May 15th at the University of Toronto in Scarborough, Canada.