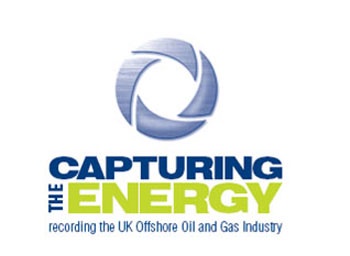 Archivists and researchers from across the UK and Norway came together at an event in Aberdeen yesterday (Thursday April 15) to discuss the importance of recording the history of the energy industry.

The Capturing the Energy (CTE) seminar brought together 40 experts to discuss practical and professional issues involved in archiving activities in the oil and gas sector.

The seminar was developed to mark the fourth anniversary of the founding of Capturing the Energy - a project co-led by the University of Aberdeen to encourage companies to donate key records to the CTE archives for the benefit of current research and future generations.

Speakers at the event – which took place at the Belmont Cinema from 3 – 5.30pm – included Torkel Thime from the Stavanger State Archives and George MacKenzie, Keeper of the Records of Scotland.

Emerging methodologies in the area of archiving was just one of the topics discussed at the seminar, which aimed to promote new partnerships and collaborative working across this crucial sector.

It was followed by a reception and an oil and gas film night where a selection of films from the National Library of Scotland’s Scottish Screen Archive library, depicting the history of the oil and gas industry, were screened.

Siobhan Convery, Head of Special Libraries and Archives at the University of Aberdeen – who spoke at the event - said: “The seminar was created in celebration of four years since the launch of the Capturing the Energy project.

“Working together to develop an on-going record of the key achievements of the oil and gas industry in the past, present and future is crucial.

“Being able to access historically significant information on the sector plays an important role in enhancing future research and education programmes and attracting new blood into the industry.

“Yesterday's event was an opportunity to bring together archivists working in this field to discuss their thoughts and experiences and current issues, with a view to encouraging new partnerships and collaborative thinking across industry.”

Christine Jones, Issues Manager for TOTAL E&P UK and Convenor of the CTE Steering group said: “TOTAL Norge become involved some years ago when the Frigg field, which straddled the UK/Norway median line was decommissioned. TOTAL E&P UK saw the great benefits that the Norwegian archives brought to their country and researchers around the world and decided to support a similar programme in the UK, depositing key records with the Capturing the Energy archives at the University of Aberdeen.

“The support of the Department of Energy and Climate Change has been critical to the early success of the CTE objectives and we are enormously grateful for their ongoing and very active support through their Regulatory Guidelines and in many other ways.

“TOTAL’s aim is to encourage other companies to deposit a very small proportion of key documents to facilitate research and make material available to schools; we feel sure this will have a great impact on the public perception of our incredible industry and help draw young people into science and technology.”

For more information on the Capturing the Energy project visit www.capturing-the-energy.org.uk/

Capturing the Energy (CTE) was officially launched at a conference hosted by the University in March 2006, with a broad ambition to encourage wider recognition of the technical and cultural importance of the offshore oil and gas industry to the UK. The patron is the Rt Hon Brian Wilson, former UK energy minister.

CTE is supported by:

Department of Energy and Climate Change

Royal Commission on the Ancient and Historic Monuments Scotland

The objectives of CTE are: