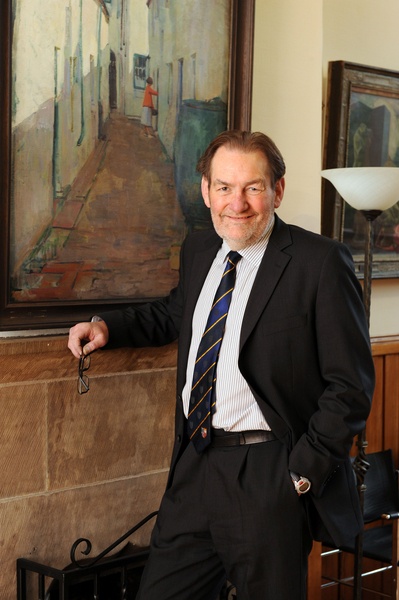 The new Principal of the University of Aberdeen is spending his first week on campus.

Professor Diamond (56) takes over from Professor Sir Duncan Rice, who has agreed with the University to demit office from March 31 to enable his successor to take up the role prior to the start of the new academic year.

Professor Diamond will remain as Chief Executive of the Economic and Social Research Council (ESRC) to which he will devote 20 percent of his time until June 30 when he will join the University of Aberdeen full time.

The ESRC is the UK's leading funder for research and training in the social sciences. Professor Diamond also chaired the Executive Group of Research Councils UK, the body representing all seven UK Research Councils, from 2004 until 2009.

Professor Diamond was elected to the UK Academy of Social Sciences in 1999 and was made a Fellow of the British Academy in 2005 and a Fellow of the Royal Society of Edinburgh in 2009. He has received honorary degrees from the Universities of Glasgow and Cardiff and was recently appointed to the Scottish Science Advisory Council from July 1, 2010.

Ian Diamond is a distinguished social statistician, whose work has crossed many disciplinary boundaries, most notably working in the area of population but also in health, both in the developed and less developed world, in environmental noise and with local authorities. His research has involved collaboration with many government departments including the Office for National Statistics, the Department for International Development, the Department of Transport and the Department for Work and Pensions.

Prior to joining the ESRC Ian Diamond had an outstanding academic career at the University of Southampton. He was appointed a lecturer in 1980, rising through the ranks as senior lecturer, professor, and Dean of Social Sciences in 1997 prior to becoming Deputy Vice-Chancellor in 2001.

Commenting on his new role Professor Diamond said: “I am looking forward very much to leading the University of Aberdeen and ensuring that it continues to strengthen, grow, and become established firmly as one of the world’s great universities.

“The achievements of recent years - combined with the commitment and ambition of my new colleagues - gives us the best possible advantage in positioning the University as a major international centre of learning and research.

“I want this University to compete with the best in the world, and, together with its outstanding staff, I believe we can achieve this.”

Welcoming the new Principal, Sir Moir Lockhead, Senior Governor of Court - the University’s governing body - said: “We are delighted to welcome as our new Principal someone of the standing and calibre of Professor Diamond.  His impeccable academic credentials and leadership experience will be vital in the next stage of our ambitious strategy to become a truly world-leading university.”