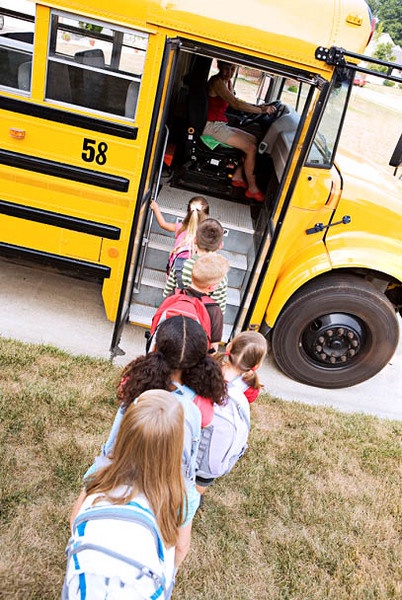 MSPs will today hear that the introduction to Scotland of more dedicated school buses to transport children to and from school would have a variety of benefits.

The findings, in new analysis carried out by the University of Aberdeen’s Centre for Transport Research, will be presented to politicians by members of the Yellow School Bus Commission (YSBC) at a special event at Holyrood today (Tuesday March 23), and stated that more dedicated school buses would

This analysis builds on the Yellow School Bus Commission’s 2008 report on school transport.

Commenting on the new analysis, David Blunkett said: “We argued in our 2008 report that the Government should introduce dedicated home-to-school transport, primarily because these buses provide the safest and most secure method of carrying our children to and from school.

“Two developments since we published our report make the case more compelling. The rise in unemployment due to the recession shows the need for Government to look for opportunities to create a range of new jobs; and the research we've published today shows that the Commission’s recommendations would create up to an additional 1500 such jobs in a variety of roles in Scotland.

“The threat of climate change has led the Scottish Government to set the country tough targets to reduce our impact on the environment. This reinforces the need for us to find new ways of travelling and a phased introduction of school buses in Scotland would take up to 10 million unnecessary car journeys off the road.”

A key recommendation of the 2002 Scottish Executive Review of Research on School Travel said that the Scottish Executive and local authorities should consider how a more consistent national approach to school transport could be achieved.

At present around 33% of Scottish primary school pupils get to school by car with only 10% travelling to school by bus. In the United States, 55% of children travel to and from school by yellow school bus and every day in the US, 23.5 million students are transported by school bus.

The new research has also shown that introducing yellow school buses in Scotland would create around 1,500 new jobs across the country. More than 1,200 of these would be for drivers with the rest covering engineers, managers and manufacturing.

Copies of the full report are available on request or from the Commission website at http://www.ysbcommission.com/.

The Yellow School Bus Commission includes representatives of the main political parties and experts in education and transport:

The Commission has been supported throughout by the University of Aberdeen’s Centre for Transport Research in evidence and data analysis, cost benefit modelling and review. The team was headed by Professor John Nelson, while evidence review and cost benefit analysis was conducted by Dr Steve Wright.