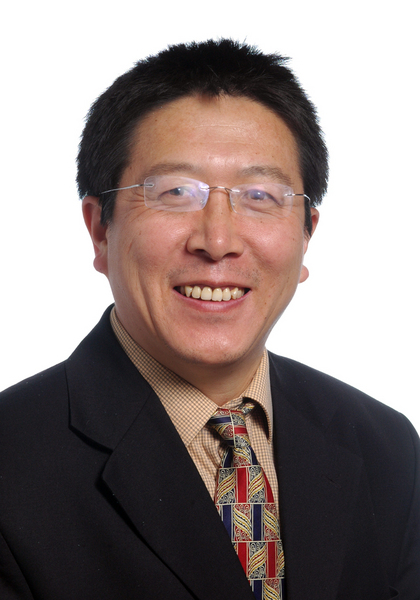 Bad behaviour in childhood is associated with long-term, chronic widespread pain in adult life, according to the findings of a study following nearly 20,000 people from birth in 1958 to the present day.

Chronic widespread pain is a common complaint that can have a major adverse effect on quality of life, often requiring referral to a hospital specialist for investigation and treatment. The research, published online in the journal Rheumatology today (Wednesday 10 March), found that children with severe behaviour disturbances had approximately double the risk of chronic widespread pain by the time they reached the age of 45 than children who did not have behaviour problems.

The researchers found that this association was not explained by social class, early reporting of symptoms or an already-known link between adult psychological distress and chronic widespread pain (CWP). Instead, they believe that a dysfunction in the interaction between the nervous system and hormones, occurring in early life, may have long-term consequences for adult health.

The lead author of the study, Dr Dong Pang, an epidemiologist at the University of Aberdeen (UK), said: “We know already that severe adverse events in childhood such as hospitalisation after a road traffic accident and separation from mothers are linked to CWP in adulthood. In addition, aspects of childhood behaviour are strongly related to children reporting CWP. However, until now, it was unknown whether maladjusted behaviour in children was a long-term marker for CWP in adulthood. Our study shows that it is.

“We are not sure what underlying biological mechanism underpins this relationship, but one possible explanation might be that both the childhood behaviour and the adult CWP are due to a long-term neuroendocrine dysfunction beginning in early life. The hypothalamic-pituitary-adrenal (HPA) axis, the primary neuroendocrine stress response system, has been shown to be associated with childhood behaviour. Similarly, altered HPA axis function has been reported to be associated with CWP. Early life experience, such as emotional stress due to past trauma, may have a lifelong impact on the neuroendocrine system (HPA axis), which in turn leads to behavioural problems in childhood and CWP in adulthood as well as other mental problems. Further research at molecular and genetic level are needed to clarify this.”

The researchers followed a group of 18,558 children who were born in one week in 1958 in England, Scotland and Wales, and an additional 920 children who were born in the same week overseas and who came to the UK before the age of 16. Information was collected at regular intervals, including at the ages of 7, 11 and 16, and at 42 and 45 in adulthood. Parents and teachers independently assessed the children’s behaviour on aspects such as restlessness, worrying, solitariness, ability to make friends, obedience, stealing, sucking thumbs and biting nails, lying, bullying, truanting etc. At the age of 42 the participants completed a questionnaire asking about psychological distress in adult life, and at the age 45 they completed another one about pain.

The researchers say that it is not just CWP that is associated with bad behaviour in childhood. Other adult problems that are associated with childhood behavioural problems include long-term psychiatric problems such as depression and anxiety, suicidal behaviour, substance abuse and treatment for psychiatric illness. They suggest that all these problems may be outcomes of the chain of events set in motion by the dysfunctioning neuroendocrine system. If further research proves this to be the case, then it might be possible to intervene in early life to prevent these problems occurring later.

Professor Gary Macfarlane, the leader of the research group, said: “This study helps us to understand the factors in childhood that can lead someone to get on a trajectory of ill-health, including chronic pain. The disruption to the hypothalamic-pituitary-adrenal (stress-response) axis is one biological marker of the effect of such experiences and this could help to identify persons at higher risk of chronic pain. Interventions would be lifestyle focussed and would include identification and treatment of behavioural and emotional factors, but would also address lifestyle factors such as increased physical activity.

“We plan to undertake some studies in children to understand what range of factors cause a disturbance to the stress-response axis; such work can then inform what intervention studies may be appropriate.”

A pdf of the full research paper is available at: www.oxfordjournals.org/our_journals/brheum/press_releases/freepdf/keq052.pdf

Rheumatologyis published by Oxford Journals, a division of Oxford University Press, on behalf of the British Society for Rheumatology (www.rheumatology.org.uk).

Please acknowledge the journal as a source in any article.

Dr Dong Pang is part of the University's Institute of Applied Health Services or IAHS. The IAHS aims to improve health and health care delivery through excellence in applied health sciences research. IAHS contributes locally, nationally and internationally to the evidence base needed by individuals, health care providers and organisations when making decisions about maximising health and optimising health care services.IAHS members also contribute to local, national and international R & D activities in both primary and secondary care sectors. The IAHS has 300 plus members from the University and NHS.