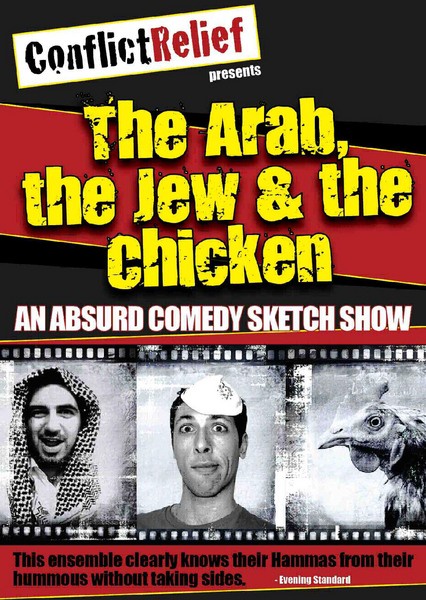 The Israel-Palestine conflict will be brought to an audience in Aberdeen through the medium of comedy next Tuesday (March 2).

The Muslim and Jewish Societies of the University of Aberdeen will host a comedy sketch show, The Arab, the Jew and the Chicken,by Conflict Relief.

The show explores the Middle East conflict through absurd and hilarious sketches performed by a talented, creative and crazy group of friends from different communities.

Conflict Relief is a theatre collaboration founded in 2006 by a Lebanese, an Israeli and a Palestinian. The aim of the group is to explore the Middle East conflict with various theatrical forms to initiate dialogue between fractioned communities, highlighting similarities, embracing differences and celebrating diversity.

It has already been performed at the Edinburgh Fringe Festival, the Berlin Festival and in California but this will be the first time it has come to the Granite City.

It forms part of a UK Universities tour, and the group will visit some of the most prestigious campuses in the country, including Cambridge and Oxford. They have also been invited to perform at the Luxembourg Comedy Festival for Freedom.

Reuben Sagar, of the Jewish Society at the University of Aberdeen, said: “The Israel-Palestine conflict is an international issue that attracts a level of interest in the UK like no other.

“At the University of Aberdeen, we have a great tradition of avoiding taking a side on this very complex issue, with the Student Association voting against an anti-Israel motion at their Annual General Meeting last year.

“Conflict Relief's project is intrinsic to our communal, student effort to create a diverse and positive conversation that supports a secure and safe two-state solution in the Middle East.”

Farihah Tariq, of the Muslim Society at the University of Aberdeen, added: “Talking about the conflict enables both religious groups to be understood as well as allowing them to understand each other.

“Conflict Relief’s project is a fantastic way of addressing the issue in a non-political manner as well as providing an insight into the complexities surrounding the Palestine-Israel conflict.”

The Arab, the Jew and the Chickenwill be performed in the Arts Lecture Theatre, William Guild Building, University of Aberdeen.

The show starts at 6.30pm.  Tickets cost £4 and are available at the door.