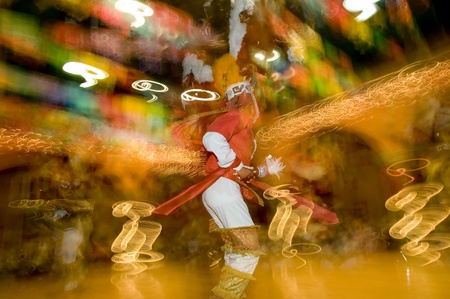 Staff and students of the University of Aberdeen will have an opportunity to work with dancers from one of Britain’s flagship companies in a free workshop on Thursday (February 25).

The Rambert Dance Company, under the artistic direction of Mark Baldwin, has toured the UK and Mark recently featured on the popular BBC television programme ‘So you think you Can Dance?’

They produce an unrivalled quantity of new work on the large-scale through bold collaborations with composers, designers and visual artists.

Rambert's 22 dancers are considered to be some of the finest and most versatile in the world, meeting the challenge of performing a range of styles with precision and flair.  The current company includes Angela Towler from Aberdeen who trained at the Karen Berry School of Dance.

The Company is appearing at His Majesty’s Theatre in Aberdeen from February 25 to 27 where they will perform three pieces including Mark Baldwin’s new choreography ‘A Comedy of Change’.

To coincide with this a workshop will run at Aberdeen Sports Village on Thursday February 25 from 1pm to 4pm.

It will include a contemporary-style warm-up class, the chance to learn sections of repertoire from ‘A Comedy of Change’, creative tasks and choreographic exploration and a cool-down.

Places on the workshop are free for staff and students of the University, who also entitled to see the company perform for just £1.