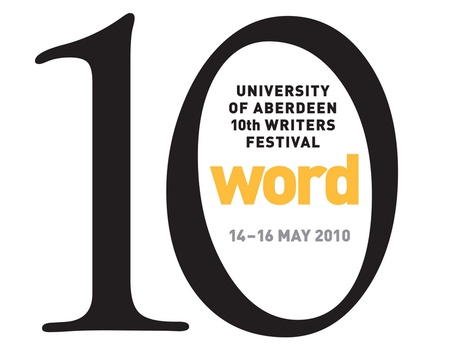 Word (May 14-16) – the University of Aberdeen Writers Festival – will celebrate its 10th birthday in May with a packed programme of leading names from the literary world.

One of the highlights in Scotland’s cultural calendar, Word will see more than 50 authors, thinkers and commentators from across the globe come to Aberdeen for an energetic, three-day mix of readings, discussions, film screenings and exhibitions.

For the first time in 2010, Word will also include opera with the launch of Scottish Opera’s successful Five:15 series of short operas on Saturday May 15 and two further performances on Sunday May 16.

The Schools’ Festival takes place from May 11-13 and will include a great line up of events with storytelling, drama, hands on workshops and a host of other activities to inspire pupils from for nursery to Secondary 6.

From May 15-16 the Children’s Festival will run alongside the main Word Festival with free sessions for children of all ages to enjoy – ranging from sessions with children’s authors to comedy shows and theatre performances.

The Word festival takes place within the grounds of the University of Aberdeen’s King’s College Campus, steeped in 500-years of history, and at venues across Aberdeen city and shire.

The 2010 programme will be launched on March 25 so look out for further details.