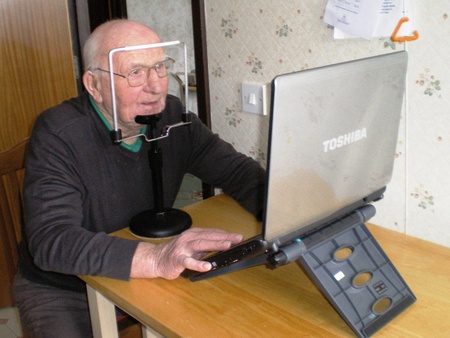 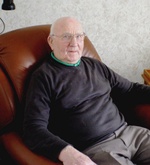 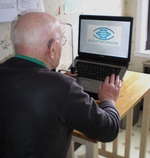 Partial sight loss is a debilitating side effect of stroke and brain injury which affects tens of thousands of people each year.

But now a pioneering eye therapy which has helped users regain some vision is set to become more widely available.

The University of Aberdeen has launched new spin out company Sight Science Ltd to offer its Neuro-Eye Therapy (NeET) - likened to physiotherapy for the eyes - to patients across Europe.

Sight Science is also hopeful that NeET could eventually become available on the NHS.

Dr Ann Lewendon from the University of Aberdeen’s research and commercialisation arm and a director of Sight Science, said: “Following the enthusiastic responses from clinicians and major successes in patients who have used the therapy, Sight Science has been established to provide immediate access to those who can benefit from the therapy.

“Sight Science is also working towards its aim of making the therapy available to NHS patients.”

Partial sight loss following stroke affects around 55,000 people across Europe each year. There are also many thousands of people who have suffered vision loss following a brain injury.

NeET is delivered via a home based interactive laptop package. Patients have to respond to patterns shown on screen which stimulate areas of the patient’s brain that have been injured causing sight loss.

Following therapy, patients have reported significant improvements in their sight which has given them increased navigational skills, helping them to carry out everyday activities such as crossing the road, as well as a better concentration span.

Professor Arash Sahraie, Professor of Vision Sciences at the University of Aberdeen and founder of Sight Science, said: “Not too long ago, clinicians and scientists generally thought that the adult brain after brain injury could not be altered.

“But within the past decade, the concept of brain plasticity – when the brain can adapt to and compensate for its circumstance – has become well established.

“We now know that if we encourage a change in the brain, then changes are likely to take place and if no intervention occurs, no improvements are expected.

“The basis of the Neuro-Eye Therapy is similar to the approach currently taken in rehabilitating movement and speech disorders after stroke.

“Patients using our interactive computer programme are presented repeatedly and systematically with visual patterns specifically designed to encourage plasticity within the injured brain.

“Patients have reported an improvement in their sight as well as a range of other benefits, including being able to get about more easily, both inside and outside their homes, and finding reading much less of a struggle.”

Sight Science patients are given a laptop and chin rest and are required to complete the  computer based exercise – which takes around 30 minutes - once or twice daily over six months. While it is not possible to guarantee improvements in all cases, researchers say the majority of those who have used the therapy have found it so successful that they have extended its use.

For more about the therapy see http://www.sightscience.com/ or visualrehabilitation  or call 01224 619224.

Retired salesman John Henderson suffered a stroke three years ago which affected his left leg and arm, resulting in him using a wheelchair, and leaving him almost totally blind in his left eye.

After leaving hospital, the father of two and grandfather of four spent around five months in a rehabilitation unit where hard work and determination helped him regain the use of his limbs.

In 2008 Mr Henderson’s daughter heard about Professor Arash Sahraie at the University of Aberdeen winning an innovation award for his Neuro-Eye Therapy research.

After discussion with the family, Mr Henderson contacted the research team to see if he would be a suitable candidate for treatment.

In December that year Mr Henderson began the therapy which he opted to follow for a year.

He said: “Bar maybe three days, every day that year I would spend around 40 to 45 minutes on the laptop.

“It was at the end of the nine month period I could say there was a definite improvement in my sight.

“I still can’t see lower down in my left hand peripheral vision so I have to take care with kerbs or obstacles like low tables.

“But the improvement to my sight has made a difference to the quality of my life.

“Prior to the therapy there is no way I could have gone back to my bowling as I wouldn’t have had the confidence, but now I am back bowling with other partially sighted and blind bowlers.

“I have also gone from being unable to walk outside on my own to walking up to half a mile to visit a friend. I am also able to cross the road provided I take care. I would not have dared to do that before.”

Retired pharmacologist Dr Adrian Peel was at his computer when he felt a bit odd. Then he realised that something was wrong with his vision as the right hand side of the screen had “disappeared”.

Dr Peel had suffered a stroke – the only side effect was partial sight loss. When he was seen the following day by a stroke consultant he was told there was no available treatment and it was unlikely there would be any improvement to his sight.

Dr Peel was struggling to read, unable to drive and found walking along the pavement or crossing the road tricky because his vision made it difficult to judge the traffic. He was given a white cane.

Around two months after his stroke, Dr Peel’s eyes had “steadied” and although his vision was not any better he was able to surf the web for possible treatments and that is when he came across the University of Aberdeen therapy.

Once the equipment for the Neuro-Eye Therapy arrived Dr Peel began treatment.

“It was very easy, completely painless but become the most  boring half hour of the day, “he said. “Although I was told that there was no guarantee that my eyesight would improve within the space of around three months I got virtually all my sight back apart from a fuzzy patch in the upper right of my vision.

“I have steadily resumed my usual activities in all aspects of my life. I also got my driving licence back after a DVLA approved optician pronounced that my eyesight was now of a standard sufficient to resume driving.”

Professor Arash Sahraie is available for interviews / photographs at the University of Aberdeen.

John Henderson is also available for interviews / photographs today between 11.15am and 12.15pm at his Aberdeen home.

To arrange any of the above interviews please contact Jennifer Phillips on 01224 273174.