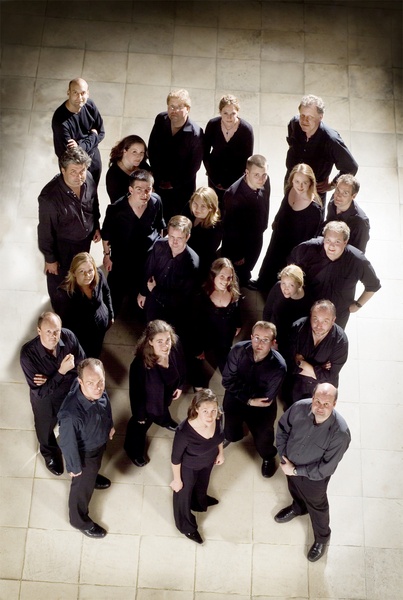 A choir widely recognised as one of the best choruses in the world is to perform for the first time in Scotland – in the Granite City.

Grammy Award winners Polyphony, conducted by Stephen Layton, will give a concert on Friday (February 5) as part of the University of Aberdeen concert series.

The new work, to text by Professor Peter Davidson, Chair in Renaissance Studies at the University of Aberdeen, Professor John Barnes of University College Dublin, and the late poet R S Parkes, was commissioned by the University to celebrate the quincentenary of the consecration of King’s College Chapel.

The words all deal with aspects of religious and spiritual sanctuary and are a refection of the role the chapel has played in its 500-year history.

Described by the Independent on Sunday as 'superb: one of the best professional ensembles in the business', Polyphony performs and records regularly to wide critical acclaim.

Recent highlights include a second consecutive Grammy Award nomination for their Whitacre CD Cloudburst, a performance of Bach's St John Passion at the Aldeburgh Easter Festival, and a critically-acclaimed performance at the annual BBC Proms.

They have given concerts in France, Spain, Brazil, Denmark and perform annually in London at St John’s Smith Square.

Dr Mealor, Senior Lecturer in Music, University of Aberdeen said: “Polyphony are one of the best choirs in the world and have amassed legions of fans through regular performances on BBC Radio 3 and Classic FM.

“The choir will present a relaxed concert of tuneful, beautiful sacred and secular music and we are delighted to bring Polyphony to Aberdeen for their first performance in Scotland.

“It is a great honour to have a choir with such an unrivalled reputation premiering my work, Sanctuary Haunts.”

Polyphony will perform at the Cathedral Church of St Andrew, King Street, Aberdeen, on Friday (February 5) at 7.45pm.

Polyphony’s performance highlights include several BBC Proms, among them Arvo Pärt’s Passio, and Purcell’s Dido and Aeneas, regular festival performances, most recently at Aldeburgh and at the RTE Living Music Festival in Dublin , and numerous première performances. These include works by John Tavener in honour of his 60th birthday as part of the Barbican’s Great Performers series, and works by Arvo Pärt and Pawel Lukaszewski.

Other broadcast highlights have been performances of works by Poulenc, Rautavaara, Tormis, Britten and Grainger for BBC Radio 3, works by Arvo Pärt for RTE, and an EBU broadcast of Bach’s Christmas Oratorio. Performances abroad include concerts in France , Spain , Brazil , Denmark and Hungary .

Polyphony’s extensive discography on Hyperion encompasses works by Britten, Bruckner, Cornelius, Grainger, Grieg, Jackson , Lauridsen, Łukaszewski, MacMillan, Pärt, Poulenc, Rutter, Tavener, Walton, and Whitacre. The CD of Britten, Sacred and Profane, won a Gramophone Award and a Diapason d’Or in 2001, and the choir’s première recording of works by Arvo Pärt, Triodion, was Best of Category (Choral) at the 2004 Gramophone Awards. Polyphony also received Gramophone Award nominations in 2002 for the Walton CD, and in 2008 for Poulenc’s Gloria, described by Gramophone Magazine as ‘a performance of real distinction … simply incredible’.

In the USA , Polyphony’s recordings have twice been nominated for Grammy Awards: in 2006 for Lux aeterna, a disc of works by Morten Lauridsen, and in 2007 for a CD of works by Eric Whitacre, Cloudburst. This ‘staggering disc’ (BBC Radio 3) spent more than fifty weeks in the Billboard Classical Album Chart, and has been hailed by the Times as ‘extraordinarily beautiful’, by CNN as ‘outstanding’, and by Classic FM Magazine as ‘unmissable’.

Polyphony’s latest CD is Handel’s Messiah, recorded live at last year’s performances at St John’s Smith Square and released last month to critical acclaim. Reviewing the disc, Gramophone highlights ‘the technical and communicative qualities of Polyphony’s exceptional singing of the choruses’, and, naming the disc Editor’s Choice and one of the 50 best recordings of the year, Classic FM Magazine concludes ‘there are few finer exponents of this great oratorio than Polyphony and Stephen Layton … if you only listen to one Messiah this Christmas, Stephen Layton and Polyphony’s live recording should be it’.