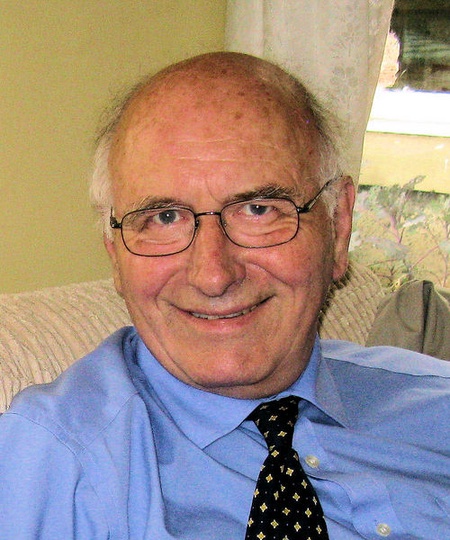 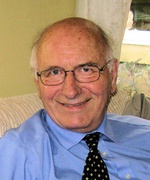 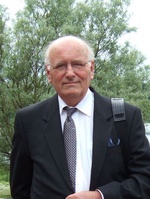 An Aberdeen doctor who has treated thousands of North-east babies and children with asthma, allergies and cystic fibrosis over more than four decades has been honoured for his work.

Professor George Russell has been presented with a lifetime achievement award by the British Paediatric Respiratory Society, which aims to improve the health of children with respiratory problems.

The honour recognises Professor Russell’s role in this area of medicine which he entered early on in his career when paediatrics seemed to be moving more towards sub-specialisation.

“I thought I had better look at specialising in something that there was plenty of,” said Professor Russell, who has spent almost his entire career working at the Royal Aberdeen Children’s Hospital and Aberdeen Maternity Hospital.

“I could see that the commonest causes of admission at the Children’s Hospital were chest complaints such as asthma, bronchiolitis and cystic fibrosis, and in the Special Nursery the major cause of death in premature babies was the breathing difficulty known as hyaline membrane disease.

Professor Russell, who has also taught thousands of medical students at the University of Aberdeen throughout his career, added: “That made me think that specialising in respiratory medicine might be a useful thing to do.”

The father of four began as a paediatrician at the ‘Sick Kids’ in Aberdeen in 1960. Five years later he went to Denver, Colorado to train before returning to Aberdeen as a senior registrar in 1967.

Two years later Dr Russell was promoted to consultant and worked between the Children’s and Maternity Hospitals, eventually focusing on respiratory disorders in the Children’s Hospital where he ran the cystic fibrosis and asthma clinics.

When he was 60, Professor Russell transferred across to the University’s department of Child Health although he continued his work as a paediatric consultant before retiring in 2002, when he was made Emeritus Professor.

Over the years Professor Russell’s work has included involvement with the Aberdeen Schools Asthma Survey which dates back 45 years and is still gathering data on childhood asthma and allergies.

The grandfather of three has also been heavily involved in researching recurrent childhood conditions such as headache, migraine and abdominal pain.

In addition, Professor Russell helped found the British Association of Perinatal Medicine and the British Paediatric Respiratory Society, chaired the Scottish Cystic Fibrosis Group and has edited a number of paediatric medical journals.

The 72-year-old paediatrician is honoured to receive his accolade. He said:  “I am delighted to receive this lifetime achievement award. It is most unexpected and I am flattered that my career has been recognised in this way

Professor Peter Helms, Head of the University’s Child Health department, added: “This is a very well earned and deserved honour. Professor Russell was one of a small band of able and enthusiastic clinicians who established the specialty of respiratory medicine in the UK and internationally.

“After his pioneering work in developing tools for assessing lung function in newborn infants his contribution to the early origins of lung disease including asthma has been immense and is a contribution that is still continuing. He is a role model for clinical investigators and a wonderful ambassador for Aberdeen and Scotland.”

Professor George Russell, who lives in Aberdeen, is in Donside today but is available for phone interviews. To arrange, please contact Jennifer Phillips on 01224 273174.