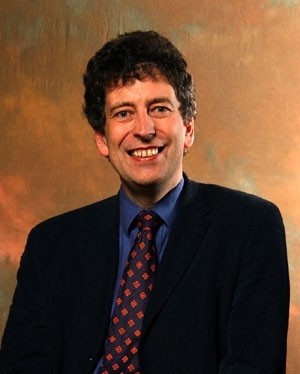 A University of Aberdeen scholar has been awarded a prestigious British Academy Wolfson Professorship.

Professor Robert Frost, Professor of Early Modern History, is one of four academics who will undertake a major research study, co-ordinated by the British Academy and funded by the Wolfson Foundation.

He was selected from a strong field of 176 applicants for the professorships, which recognise the most outstanding scholars in the UK, providing £150,000 in research funding over three years.

He will investigate the Polish-Lithuanian Union, 1386-1815, and the lessons which can be learned for current and future European political unions.

Professor Frost said: “It is a great honour to receive this prestigious award. It is interesting that I should do so in a year in which the Scotttish National Party has challenged the future of the British Union by setting out its referendum vision for Scottish independence..

“Historians tend to study nation states and unions are often overlooked, yet modern Europeans can learn much from unions in the past..

“It will not be until 2013 that the Anglo-Scottish Union will have outlasted the Polish-Lithuanian Union, which also included much of what is now Belarus, Ukraine, and, for a time, parts of Latvia and Estonia.

Professor Frost will speak for the first time about his research today (Tuesday December 15) at a special event at the British Academy in London.

Professor Frost added: “The funding, over three years, will enable me to make more widely known this remarkable political creation.

“Few people outside eastern Europe know anything about the Polish-Lithuanian union because of the dominance of Russian and German perspectives on the European past.

“Yet Poland-Lithuania was one of the great European states whose citizens developed a radical vision of decentralised power that is still of relevance today, when Poland and Lithuania have recently been welcomed into the European Union.”

Robin Jackson, Chief Executive, the British Academy said: “These are major awards reflecting the very best research in the UK.  They encompass a wide range of intriguing topics.  We look forward to the outcomes of their work.”

·         Thanks to the generosity of the Wolfson Foundation, the British Academy was able to offer the award of 4 Research Professorships to be taken up in the autumn of 2009.

·         The purpose of these awards is to give an opportunity for extended research leave to a small number of the most outstanding established scholars to enable them to concentrate on a significant research programme, while freed from normal teaching and administrative commitments. Emphasis is also placed by the Academy and the Foundation on the importance of award-holders communicating their plans and results to a broad audience.

·         The Wolfson Foundation is a charitable foundation set up in 1955 that awards grants to back excellence in the fields of science and medicine, health, education, the arts and humanities.