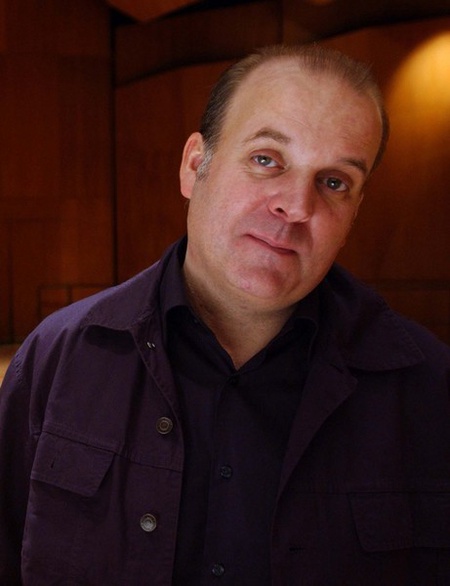 One of the world’s most respected film composers, whose soundtracks have been used in blockbusters such as Moulin Rouge and Elizabeth, is to address an audience in Aberdeen.

Craig Armstrong will take to the chair for the University of Aberdeen’s prestigious Director’s Cut programme, now in its third series.

His expressive and moving soundtracks have been the keystone to such films as Baz Luhrmann's Romeo + Juliet, Moulin Rouge!, for which he won a Golden Globe for Best Original Score, Love Actually and Ray, which netted him a Grammy Award.

More recently, he has penned music for World Trade Center, Elizabeth: The Golden Age, and Marvel's The Incredible Hulk.

Armstrong has also released several albums of original music, as well as working with artists such as Hole, Massive Attack, Madonna, Björk and U2.

He will be at the University of Aberdeen on Wednesday (December 2) for the in conversation style event with BBC presenter Janice Forsyth, at King’s College Conference Centre at 6pm.

A handful of tickets remain for the free session and booking is essential on 01224 273874 or through the website www.abdn.ac.uk/directorscut

In tandem with the event, Cineworld at Union Square is screening Moulin Rouge and Elizabeth on Thursday December 3, and is offering a special 2 for 1 ticket promotion to Director's Cut attendees.

Armstrong will follow in the footsteps of some of the biggest names of stage and screen when he adds Director’s Cut to his list of credits.

On November 23 actor Simon Callow, famous for his roles in Four Weddings and a Funeral and A Room With a View, among many others, took the chair for a booked-out event which saw audience members queuing several hours before doors opened to ensure the best seats in the house.

Dr Alan Marcus, Head of Film and Visual Culture, University of Aberdeen said: “Craig Armstrong is one of the world's leading film composers, and we are delighted not only that he is Scottish, but also able to join our third series of the Director's Cut.

“We have a terrific season of guests planned for this strand, and are pleased to have the BBC recording the events, Cineworld arranging special screenings at their new Union Square multiplex and Scottish Screen hosting the free reception which follows each event.

“Craig Armstrong is a hugely talented and versatile composer, as exemplified by his imaginative scores for Baz Luhrman's 'Romeo + Juliet' (1996) and Oliver Stone's 'World Trade Center' (2008).”

Craig Armstrong is a native of Glasgow and studied musical composition, violin and piano at the Royal Academy of Music.  After graduation, he received numerous commissions from classical ensembles, the Traverse Theatre, the BBC, and the Royal Shakespeare Company, among others, while maintaining a parallel career in the Scottish Pop music scene. By the late 1990s he had gained critical acclaim for his work in film.  His expressive and moving soundtracks have been the keystone to such films as Baz Luhrmann's Romeo + Juliet (1996) and Moulin Rouge! (2001) (which won him a Golden Globe for Best Original Score), Love Actually (2003), Ray (2004) (for which he won a Grammy Award), WorldTrade Center (2006), Elizabeth: The Golden Age (2007), and Marvel's The Incredible Hulk (2008). Armstrong has also released several albums of original music, as well as working with artists such as Hole, Massive Attack, Madonna, Björk and U2.