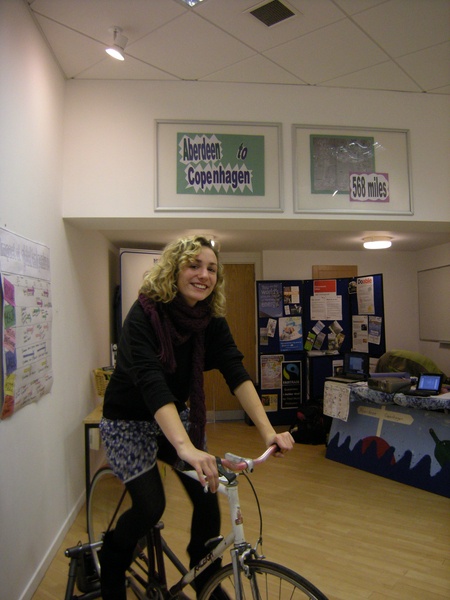 Aberdeen students are lending their support to a global treaty on climate change ahead of next week’s United Nations summit in Copenhagen.

A series of events taking place at the University of Aberdeen this week will examine the issues surrounding the crucial talks, which will see governments from across the world work to establish a new agreement to reduce carbon emissions.

Hosted by the Aberdeen University Student Association and the University's Shared Planet Society – the Copenhagen: Seal the Deal series kicks off today (Monday November 30) with a roundtable question time session entitled What is at stake at Copenhagen?

LeadingUniversityacademics in the areas of climate change and renewable energy, including Intergovernmental Panel on Climate Change (IPCC) report contributor Pete Smith, will take part in the session which will focus on the expectations of the summit.

Music events and film screenings will be held over the course of this week, in a bid to provoke discussion and debate around the topic of climate change.

A Cycle to Copenhagen competition will take place in the Hub encouraging people to cycle as many miles as possible, to be in with the chance to win a road bike and accessories.

A drop in point will also be based in the Hub throughout the week, providing information on how students can get involved in actively reducing their own carbon emissions.

Robin Parker, President of the Aberdeen University Student Association said: “The aim of the series of events is to raise awareness amongst the University of Aberdeen student body of the issues surrounding the United Nations Climate Change Conference in Copenhagen.

“Encouraging thinking and debate on the summit’s key issues – not just the need for a global agreement on effective carbon cuts, but also the need to ensure environmental justice for developing countries – is the main purpose of the series.

“We will also be giving tips on how students can get active and reduce their own carbon emissions.

“We hope to see as many of our students as possible take part in the series and lend their voices to a call for a fair deal at Copenhagen.”

The What is at stake at Copenhagen? panel discussion takes place today (Monday November 30) at 5pm in New Kings 6, on the University’s King’s College Campus.  The event is free to attend and open to students and members of the public.  Booking is not required.

Other event’s taking place as part of the series, are:

The University of Aberdeen Student Association is also encouraging students to get involved in the Wave Climate Change March which will be held in Glasgow on Saturday (December 5).

Organised by Stop Climate Chaos Scotland, thousands of people from across Scotland are expected to attend the demonstration to support a safe climate future for all.