Secrets of the deep revealed in new book
27 November 2009 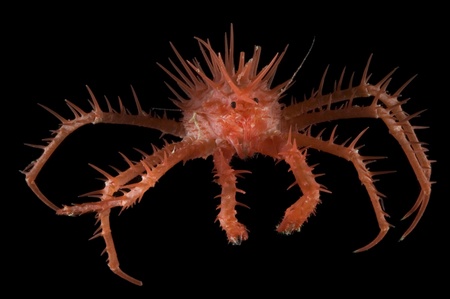 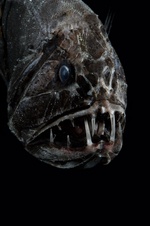 More than 60% of our planet is covered by deep ocean harbouring the largest habitat on Earth.

But it is also the least explored - less than 1% of seas of at least 1km in depth have been visited by man.

Now a new book written by a former University of Aberdeen scientist - who lost his battle with cancer the day after he completed it - gives a fascinating glimpse of life in one tranche of that mysterious deep sea world.

Fearsome fanged fish with ‘glow-sticks’ which they use as bait; jellyfish resembling chandeliers; multi-legged creatures who are distant cousins of spiders and barnacles with amazing plumes are among the colourful specimens featured in Life in the Mid Atlantic by Professor Peter Boyle.

His 240 page hardback is a detailed account of a research expedition in the North Atlantic Ocean involving 60 scientists from 30 countries. They spent two months aboard the G.O. Sars exploring life in the depths of the Mid Atlantic Ridge, between Iceland and the Azores.

Professor Boyle was on the steering committee for what is known as the MAR-ECO (Mid Atlantic Ridge Ecology) project one of a number of programmes informing the Census of Marine Life - a 10 year scientific initiative to assess and explain the diversity, distribution and abundance of life in the oceans.

But the onset of pancreatic cancer in 2002 dashed the marine biologist’s hopes of being on the G.O. Sars which set sail two years later.

Despite his disappointment, Professor Boyle decided to remain involved by telling the story of the voyage which saw scientists explore the ocean from surface to seabed, 4000m below.

He explains in the book’s preface: “My aim in writing the book is to bring to the general reader something of the scale, complexity and excitement of a modern scientific endeavour to one of the most remote and inaccessible regions of the planet.”

He did this by interviewing the scientists who had been on the ship which returned with more than 80,000 biological specimens – some previously undiscovered - and a vast database of recordings whichwill take years to analyse and interpret.

Two of those researchers were Professor Monty Priede and Dr Nikki King from the University of Aberdeen who have organised a book launch for Life in the Mid Atlantic which Professor Boyle finished in April this year just before he died.

The book - which contains spectacular images captured by wildlife photographer David Shale and via leading technology developed by the University of Aberdeen’s Oceanlab – is being launched on Tuesday (December 1).

Professor Priede, Director of the University’s Oceanlab, said: “Peter was a great friend and colleague who gave almost 40 years to the University of Aberdeen.

“He was renowned for his work on octopuses and squid. Fishermen up and down the coast who caught octopuses would give them to Peter who used to have a colony of them at the University’s Zoology Building.

“Knowledge of these animals led Peter to become engaged in advancing the legal protection of octopuses under the Cruelty to Animals Act because he found they have the same intelligence as the pets people keep at home.

“Peter was passionate about the MAR-ECO and being prevented from joining the expedition was a matter of great personal frustration to him.

“Yet, he continued to support it by attending meetings and contributing to outreach activities, which included writing text for the Deeper than Light exhibition which toured major museums around the world and was also at Aberdeen’s Maritime Museum.

“His work culminated in this book Life in the Mid-Atlantic which is a tremendous account of a truly amazing discovery into the unknown.”

Professor Peter Boyle is survived by his wife Ann, his grown up children Alice, David and Catriona and five grandchildren.

Life in the Mid Atlantic is available from Amazon priced £19.75.

Professor Monty Priede is available for interview and photographs from expedition which are contained in the book are also available. Please contact Professor Priede direct on 01224 01224 274408 or mobile 07775 866 971.