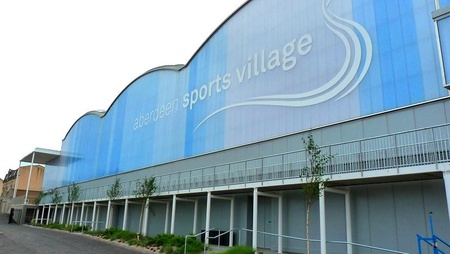 The singles and doubles competitions will be held in the new Aberdeen Sports Village and are expected to attract some of the country’s top talent.

It is the first time that Aberdeen has hosted the competition – thanks to the superb new facilities at ASV.

The 2009 male and female Universities champions will be crowned in both the singles and doubles.

The competition is open to spectators, who can watch the games free of charge.

Universityof Aberdeen Table Tennis Club captain, Chudi Udeogu, said: “It is fantastic to be able to host the Universities Championship in Aberdeen for the first time.

“We have been in touch with local schools through the Active Schools programme and we hope they will come down to watch and perhaps be inspired to take up the sport.”

The third year Information Systems and Management student added that the improvement in sports facilities available to University of Aberdeen students had enabled them to host events that would not previously have been possible.

“The Aberdeen Sports Village is a vast improvement on what we had before,” he said.

“For the competition we will have 14 tables in use and the huge sports hall can easily accommodate them.

“There is also a viewing area so spectators can come along and watch. Table tennis is very fast-paced and it will be great to see players of such quality here in Aberdeen.”

The Championship will get underway at 9.30am and run until 5.50pm at Aberdeen Sports Village, Linksfield Road.