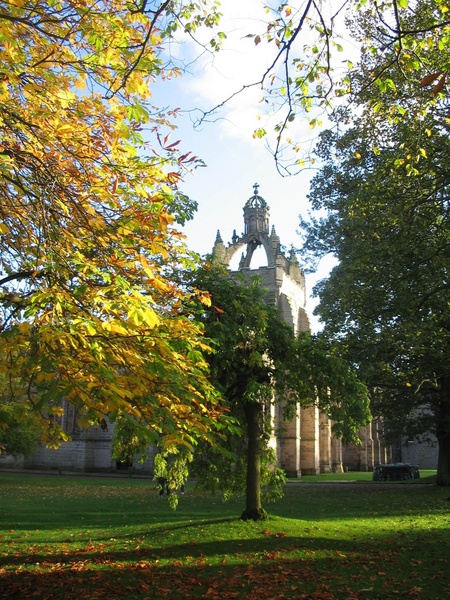 Eight Scottish universities – including the University of Aberdeen - are to share almost £50 million to grow their physics research capabilities in a move which will cement the nation’s claim to be a global leader in scientific research and discovery.

The Scottish Further and Higher Education Funding Council (SFC) and the participating universities have confirmed funding of £48 million for the Scottish Universities Physics Alliance (SUPA), the pooling arrangement of eight Scottish universities committed to sharing resource and expertise in physics research.

This is the second investment in SUPA which was set up in 2004.  The cash will help fund major developments in Scotland’s research infrastructure and personnel.  These will include the setting up of a unique centre to develop and exploit laser-driven plasma accelerators* at the University of Strathclyde, new labs and equipment at the University of St Andrews, and the establishment of a large-scale, pan-Scottish Physics and Life Sciences research team.

The universities and leading Scottish scientists say the investment will have multiple spin-out benefits for Scotland well beyond the confines of pure physics research.  Medical research and technology, industrial and commercial activity, the higher education sector and the NHS are all expected to benefit.

The SUPA bid is intended to give the country’s physics research capabilities a profile and critical mass which will draw world-leading scientists to Scotland and build the nation’s reputation as a leader in international science.

Mark Batho, Chief Executive of SFC, said: “Research pooling has been successful in bringing universities together to share their vast wealth of knowledge and experience.

“The initial investment SFC and the universities made in SUPA has given physics researchers the opportunity to carry out ground-breaking research on a bigger scale by combining their effort, as well as showcasing their talent to the rest of the world.  This new investment will allow SUPA to build upon the successful platform they have established and continue to carry out their research in well-resourced, quality facilities with quality people.”

Dr Louise Richardson, Principal of the University of St Andrews, said: “SUPA is the single largest physics alliance in the United Kingdom and has proved that through collaboration and shared expertise, Scotland has a compelling claim to be at the leading edge of global research and discovery. I believe that this is a hugely positive and exciting step for Scottish science and an opportunity to set new international benchmarks for the quality, ambition and vision of our research portfolio.”

Professor Jim McDonald, Principal of the University of Strathclyde, said: “Physics research in Scotland plays a central role in shaping innovative technology which meets and responds to the demands of a rapidly changing world.

“Strathclyde is proud to be playing a prominent role in a collaborative research pooling programme which sets such high standards.  The plasma accelerator project is just one example of the dynamic research which we and our colleagues in SUPA will use to extend the possibilities of medicine and machinery.”

Cabinet Secretary for Education and Lifelong Learning, Fiona Hyslop added: “Scotland’s universities have a worldwide reputation for excellence in research.

“We need to help them grow that expertise, while also encouraging different institutions to work together to better share their knowledge with each other and with Scotland’s business community to help our economy grow and recover from the current downturn.

“This investment will help support those efforts and help us strengthen Scotland’s claim as a world leader in research and development, while also delivering practical benefits for the NHS and medical world.”

Since its launch in 2004, the pooling partners have established the SUPA Graduate School, attracted high-quality academic staff from around the world to Scotland, increased the volume of physics research in Scotland, and greatly enhanced the quality of Research Assessment Exercise submissions from physics researchers.

* Particle accelerators are used in many areas of the physical and biological sciences and to explain the nature of the universe.  They also have enormous potential in health, for example in proton oncology therapy for deep tumours, if they could be reduced in cost and size.  They accelerate charged particles to nearly the speed of light, then crash the particles together in a similar way to when the universe was created by the ‘big bang’.  This may, therefore, give insight into basic principles of physics, such as what gives particles mass.

Conventional accelerators are limited by using conventional radio-frequency electric field generation.  However, laser-driven plasma accelerators produce an electrical field which can be about 1,000 times larger yet are much more compact (a plasma accelerator can be 1,000 times shorter than a conventional one but produce particles of the same energy). The strong electromagnetic fields generated could form the basis of a new generation of extremely compact particle accelerators, which could be used to not only answer some of the profound questions of the Universe, and provide institutional rather than remote access at central facilities for scientific research, but also reach new levels of healthcare.

SUPA will be holding its Annual Meeting on 12 November at the Glasgow Science Centre.

The presence of a population of massive stars orbiting the supermassive black hole at the centre of our galaxy has puzzled astronomers for a long time.  In a paper published in Science last year, SUPA members Ian Bonnel from the University of St Andrews and Ken Rice from the University of Edinburgh have, however, shown that such stars could indeed form if a giant molecular clouds in the galactic centre were to plunge towards, and be captured by, this supermassive black hole.

SFC is investing approximately £15.699 million over seven years along with the eight universities’ investment of £31.871 million.  SUPA was initially made up of six members, the Universities of Edinburgh, Glasgow, Heriot-Watt, St Andrews and Strathclyde, and the University of the West of Scotland.  The Universities of Aberdeen and Dundee joining the six for the second phase of SUPA.

At its meeting on 29 August 2003, SFC’s predecessor the Scottish Higher Education Funding Council (SHEFC) agreed that, to achieve critical mass in key areas and to respond to increasing international competition, models for pooling research resources across Scotland should be developed.  Physics was one of four pilot areas identified by the Council and was one of the first disciplines to establish a Pool, signifying a fundamental shift in the way university research was organised in Scotland.  SHEFC’s investment was £6.9 million over four years, as a contribution to the total investment of approximately £14.1 million, including co-investment by the partner universities £5.9 million and by the then Office of Science and Technology
(£1.3 million).

The Council’s funding contributes towards the costs of learning and teaching, skills development, research, innovation and other costs such as staff, buildings and equipment in Scotland’s
20 universities and higher education institutions (HEIs) and
43 further education (FE) colleges.  The Council also provides resources to enable colleges to offer bursaries to students on
non-advanced courses.

The Council’s mission is to invest in the development of a coherent college and university system which, through enhanced learning, research and knowledge exchange, leads to improved economic, educational, social, civic, and cultural outcomes for the people of Scotland.