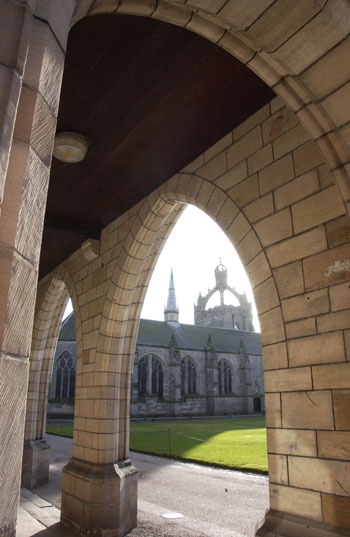 The University of Aberdeen is currently contributing over half a billion pounds annually (£508 million) to the economy of Scotland, according to an independent economic impact assessment.

Over twenty percent of the total is a direct result of commercialisation activity - contributing over £95 million through spin out and knowledge transfer activity.

The total contribution to the economy of the North-east is estimated at £377 million every year, through core business, capital investment, the spending of staff and students, and a major contribution to tourism.

By this measure, the University is contributing 8,358 full-time jobs to the North-east and 11,202 across Scotland.

This means that for every full time job in the University, the equivalent of a further 2.7 are added to the local economy.

Welcoming the findings, Professor Dominic Houlihan Vice-Principal for Research and Commercialisation said: “We have done economic impact assessments in the past, but felt that at this time of economic uncertainty we needed a more comprehensive analysis of the contribution our organisation and people are making to the economic health of the North-east and across Scotland.

“We’ve had great success in commercialising our research to date.  We now have 20 companies which have been spun out of research ideas developed at the University and this has great potential to grow further in the future.

“The results of the economic report not only demonstrate the return on the investment being made by Government and other stakeholders, it also gives us is the basis for considering how we could build on this and increase our economic contribution still further.”

The study covered the various impact of the University, including those associated with:

The University currently has a turnover of £215 million, has over 14,000 students, employs over 3,000 staff and has tangible fixed assets valued at more than £300 million.

Its ambitious capital development programme of £272 million over the next ten years includes a new £57 million library to open in 2011, and partnership in the £28m Aberdeen Sports Village and the £20m Suttie Centre for Teaching and Learning in Healthcare, both of which opened this summer.

The report calculates the economic impact by two measures: Gross Value Added (GVA) which measures the monetary contribution made by the organisation, and its staff and students to the economy; and as employment, measured as the full time equivalent (fte) jobs being supported.