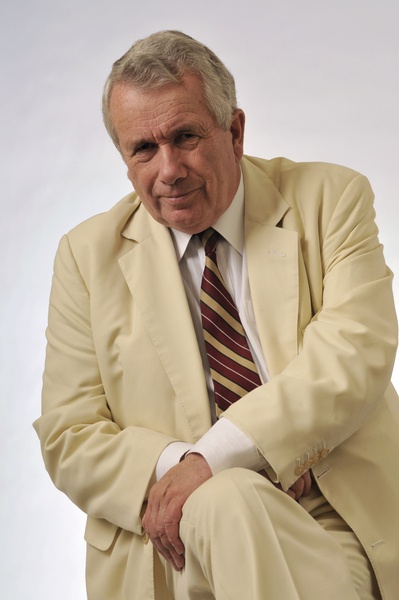 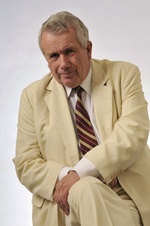 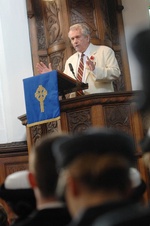 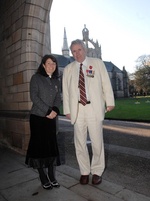 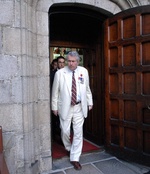 Former BBC war correspondent and ex-independent MP, Martin Bell, will be at the University of Aberdeen for the Act of Remembrance on Sunday.

He will address the congregation at King’s College Chapel, Old Aberdeen, as staff, students, local residents and Army, Navy and Air Force cadets, come together to remember those who have given their lives in conflict.

As one of the most distinguished foreign affairs reporters of his generation, Martin Bell was among those who defined the term "war correspondent".

He joined the BBC in Norwich in 1962 and over the next 30 years reported from 80 countries and covered 11 conflicts. He made his name in Vietnam in the 1960s, and also covered wars in the Middle East, Nigeria, Angola and Rwanda, as well as numerous assignments in Northern Ireland.

His sparse, uncompromising style of journalism won him the Royal Television Society's Reporter of the Year award in 1977, and again in 1993. He was awarded an OBE in 1992.

It was his last assignment for the BBC, however, which had the greatest impact on him, both physically and mentally.

He was badly wounded by shrapnel as he delivered a bulletin from Sarajevo, his "lucky" white suit letting him down for once as he fell to the ground in agony.

He left the BBC in April 1997 to stand as an independent against the sitting MP for Tatton, the Tory Neil Hamilton. He won with an 11,000-vote majority, to become the first elected independent MP since 1951.

He was appointed Unicef ambassador for humanitarian emergencies in 2001. His assignments for Unicef have included Burundi, Kosovo, Tajikistan, Iraq, Malawi, Bosnia, Sudan and Sri Lanka.

Reverend Dr Easter Smart, Chaplain to the University of Aberdeen, said: “Martin Bell is a person who seeks ethical answers to the big questions.

“He is an authentic voice and in his many years as a BBC war correspondent has seen the devastating effects of conflict first hand.

“It is poignant that he is able to join with us in the Act of Remembrance here at the University of Aberdeen.

“He will share his reflections as we gather to remember those who have lost their lives in conflict.”

Following the Act of Remembrance, Martin Bell will observe the inspection of the Officer’s Training Corps.

On Monday morning he will return to the University where he will be introduced to politics students for a question and answer session.