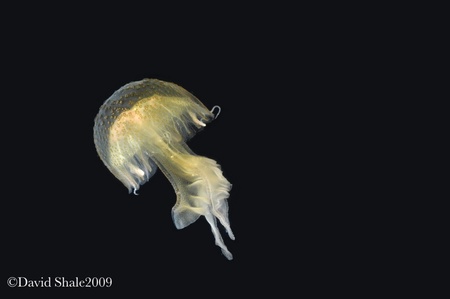 Scotland will become a global leader in marine science within a decade with the launch of a new partnership which will pool the nation’s marine research expertise.

Ten of the country’s leading research institutions - including the University of Aberdeen - have joined forces to establish the Marine Alliance for Science and Technology for Scotland (MASTS).

MASTS will aim to place Scotland at the leading edge of international marine research by coordinating the work of the country’s 700 marine research staff and a £74 million combined budget.

The Scottish Funding Council is backing the partnership with £17.4 million of additional investment.

The pooling arrangement will capitalise on Scotland’s existing advantages – our seas are among the most biologically productive in the world, at the same time we have 25 per cent of Europe’s total tidal and offshore wind resource and 10 per cent of its potential in tidal power.

Professor Ian Boyd, from the University of St Andrews, is Chairman of MASTS. He said: “MASTS will build a new approach to ensuring that marine science in Scotland can remain internationally competitive and, in the longer term, the ambition is to place Scotland in the leading position globally.

“It will provide the academic platform and knowledge for marine governance and commerce.

“Scotland’s seas are five times the size of its land area and have enormous untapped potential but face a range of current and future threats.

“People have to develop ways to exploit the wealth and potential of the oceans in sustainable ways. MASTS will contribute to achieving this potential through scientific innovation mixed with enterprise.

“Given the importance of the oceans to Scotland as a driver of climate change and a source of renewable energy and food, it will give Scotland a seat at the international table amongst leading maritime nations.”

The Director of MASTS - to be appointed in the coming months – will be based at the University of Aberdeen.

Its Vice Principal for Research and Commercialisation, Professor Dominic Houlihan, said: “MASTS is a hugely important collaboration that will place Scotland at the forefront of marine expertise in a range of areas from the coasts to the deep oceans and focusing on global change, fisheries and aquaculture.

“The University of Aberdeen has an international reputation for marine and fisheries research and we are delighted that the new director of MASTS will be based here.”

Mark Batho, Chief Executive of the Scottish Funding Council, said: “Scotland’s coastline and seas are of immense importance to the country’s wealth and culture. As a marine nation, marine science has been a natural part of Scotland’s contribution to modern science. The Council is pleased to support this science community to build on its success with a strong research pool.”

Richard Lochhead, Cabinet Secretary for Rural Affairs and Environment, added: “Our new Marine Bill provides the perfect platform to build on Scotland’s already outstanding reputation for marine science.  Scotland’s prospects of becoming a global leader in future years will be greatly strengthened by the launch of MASTS, supported by over £17 million of new investment from the Scottish Funding Council.”

Professor Dominic Houlihan and other University of Aberdeen scientists involved in MASTS are available for phone interviews.

The formation of MASTS will create eight new professorships and 13 lectureships/readerships. A graduate academy will be at the core of MASTS offering advanced postgraduate training in marine sciences to attract and retain talented young scientists.

The University of Aberdeen is leading three of the Joint Research Themes. The three are:

Research will include looking at how the development of offshore renewable energy affects seabirds and marine mammals such as dolphins, porpoises and whales. The impact on marine mammals of noise pollution, caused by man, is a hugely important emerging area and this will also be examined. An offshore acoustic laboratory is planned to monitor noise pollution, especially in relation to shipping and renewable energy systems.

Offshore Scotland is five times the area of landward Scotland, and marine organisms and ecosystems play a crucial role in the biogeochemical cycles that sustain the biosphere, and provide a wide variety of goods and services that are essential to the well being of Scotland. Characterising biodiversity and predicting how ecosystem functionality may respond to human demographic pressure, biodiversity loss and climate change, requires that many disciplines are brought together and MASTS will facilitate this by promoting a response, agile marine science community.