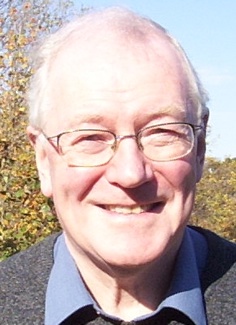 Professor George Watson, who died on February 2 aged 66, was a popular and greatly respected scholar and teacher at the University for more than four decades.

In 1966 he was appointed Lecturer in English at Aberdeen and spent his entire career at the University until his retirement in 2005.

He was the last Head of the English Department before the School of Language and Literature was established in 2001.  Professor Watson was also a founding member of the British Association of Irish Studies and Director of the Yeats International Summer School in Sligo between 1998 and 2000.

A service will also be held in St Machar’s Cathedral in Professor Watson’s memory on Friday October 30 at 11am.

At 5.30pm, the University will also hold the first George Watson Memorial Lecture, which will be given as part of the conference of the Irish-Scottish Academic Initiative which Professor Watson helped to found.

The lecture, entitled Another Country: Politicising National Tales in Ireland and Scotland under the Union, will be delivered by Professor Roy Foster of Oxford University.

Mrs Watson, 67, said her late husband was remembered with great fondness by all who knew him.

“George and I were together for over 40 years of companionship and laughter,” she said.

“His wit and storytelling lightened many situations, and his mimicry defused many others.

“He wore his scholarship lightly and is missed by his family, colleagues and students alike.

“We are touched that the University, to which he dedicated a great part of his life, has remembered him in this way.”

“His passion for good writing and good drama, especially Irish writing and drama, was inspirational.

“He was also one of the wittiest, funniest and most companionable of men, much loved by his students for lectures always spiced with laughter, and much admired by his colleagues for his ability to puncture pomposity and to engage in academic debate with gentle, but often devastating, humour.”