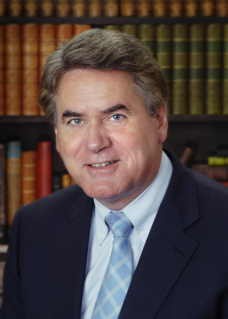 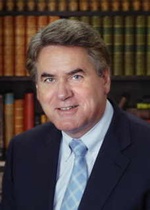 World leading scholars and the culture ministers of Ireland and Scotland will gather in Aberdeen to celebrate the 10th anniversary of a pioneering institute dedicated to the study of both nations.

The University of Aberdeen was the first to establish a centre dedicated to the study of Irish and Scottish history and culture in 1999.

Now, 10 years after it was opened by the Irish President, the Research Institute of Irish and Scottish Studies (RIISS) will showcase the progress made in the field at an international conference.

Leading scholars will gather in Aberdeen from October 30 to November 1, for Global Nations, which will explore the impact of Irish and Scottish migrants throughout the world, including such figures as north-east born Patrick Gordon, who became the right-hand man of Peter the Great.

The conference will focus on the development of both Gaelic and Scots in Ireland and Scotland, and on the ways in which devolution has impacted on the politics of both countries.

Irish Minister of State with special responsibility for the arts Dr Martin Mansergh TD, and his Scottish counterpart, Mike Russell MSP, Minister for Culture, External Affairs, and the Constitution, will address delegates on building contemporary relations.

Scottish Culture Minister Mike Russell said: “The histories of Scotland and Ireland are closely linked and our shared cultural heritage binds us together.

"The Research Institute of Irish and Scottish Studies (RIISS) has played, and continues to play, an important role in understanding those links.  Of course there remain many healthy links between Ireland and Scotland today, particularly in music, language and the arts.

"We are all aware of how participation in cultural activities improves individuals’ quality of life and builds bridges between communities.  Such activities allow us to celebrate our shared heritage, and keep our countries’ friendship modern and relevant.”

Martin Mansergh added: “I would like to congratulate the Research Institute of Irish and Scottish Studies at the University of Aberdeen for the output and inspiration of the last ten years.”

The conference will also feature readings by Northern Irish poet and Newsnight panellist Tom Paulin and Scotland’s Kathleen Jamie, one of the most acclaimed of contemporary poets and a lecture by Professor Tom Devine, the previous Director of the Centre and author of Scotland’s Empire on which the BBC 2 television series of the same name was based.

In the decade since it was formed, Aberdeen’s Research Institute of Irish and Scottish Studies (RIISS) has led the way in the understanding of the history, languages and literatures of the communities of Ireland and Scotland, and of their migrants in various parts of the world.

It has raised over £3m in funding for research from public and private sources and its comparative approach to the study of the two countries and their diverse cultures has inspired the establishment of similar centres and programmes in Ireland, Canada and New Zealand.

Professor Cairns Craig, the University’s Glucksman Professor of Irish and Scottish Studies, said: “The central conference theme is the relationship between Ireland and Scotland and their migrant communities around the world.

“It will also explore the changing political contexts in the two countries and the implications of this for Gaelic and for Scots. Understanding how language and national identity are maintained and transmitted in migrant communities has become a matter of considerable importance.

“The Irish and the Scots have remained distinct cultural communities while playing a full role in the development of the countries to which they have migrated. Analysing how this worked in various different parts of the world has lessons for how modern nations adapt themselves to a multicultural future.”

Global Nationswill also include a public lecture in memory of Professor George Watson, who died earlier this year and who had taught at Aberdeen University for 40 years.

He had been one of the initiators of Irish-Scottish studies and a Director of the Institute. The lecture, which takes place at 5.30pm on Friday October 30 in the King’s College Centre will be given by Professor Roy Foster of Oxford University. It is open to the public but registration is essential via the Institute’s website www.abdn.ac.uk/riiss.

Professor Craig added: “We have an outstanding programme of speakers for the conference, which will provide an opportunity for some of the most important researchers in their fields to present their latest findings. Global Nations will continue to build the institutional relationships which have helped make Aberdeen a world leader in Irish and Scottish studies.”

Patrick Gordon was born in Auchleuchries, near Ellon, he left his homeland to become a soldier of fortune and ended up as a general in the Russian army, where he schooled the Tsar in warfare.

The diary had previously surfaced in German and Russian versions but had never been published in full in its original English.

The conference will hear of further research into the lives of the Gordon family in Russia, where they settled and became notable figures in Russian history.