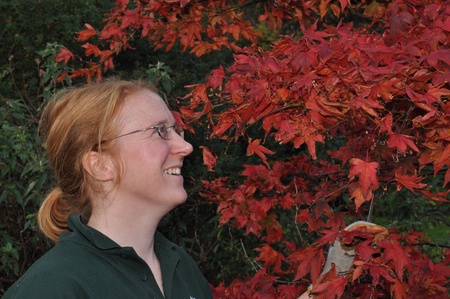 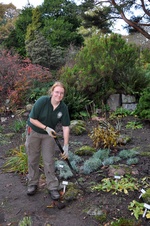 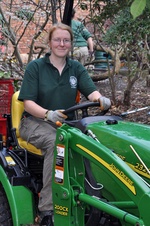 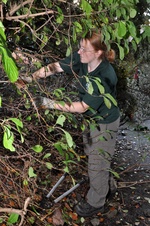 A horticultural student is bedding into a new role - thanks to the Friends of the Cruickshank Botanical Garden.

The charity - which supports the century-old garden - is funding its very first horticulture bursary student.

The generous gesture has allowed Kate Barnard to join the team who maintain the acclaimed Old Aberdeen garden which spans 11 acres and boasts more than 2,500 different plants.

Prior to that, she worked in organic agriculture at a variety of places including Cawdor Castle in Nairn and the International Rice Research Institute in the Phillipines.

It was summers spent at her grandparents’ home in Portmahomack near Tain that helped Kate make her career choice.

“My grandfather was a crofter so he was always outdoors, and we would spend summers helping him out. That’s probably what got me interested in agriculture. My mother was also a great gardener so I guess my family helped give me the bug,” she said.

Kate’s duties over the next 12 months include helping maintain the garden, which is jointly owned by the University of Aberdeen and the Cruickshank Charitable Trust. She will also be updating the database of its plants and improving the mapping of the garden.

She added: “I am absolutely delighted to receive the first horticultural bursary from the Friends of Cruickshank Botanical Garden. It really is a tremendous garden with some really interesting plants.”

Professor James Friend, President of The Friends of the Cruickshank Botanic Garden, said “The Friends of the Cruickshank Botanic Garden are delighted to be able to fund this bursary. We have been raising funds to support the Garden for many years, and this way of supporting horticulturists in their careers, and at the same time helping in the development of the Garden, was suggested by our past Treasurer, Joan MacKenzie, and agreed by the whole committee.”

Professor Ian Alexander, Keeper of the Garden, added: “I am delighted to welcome Kate to the garden team. The Cruickshank Garden is one of Aberdeen’s great treasures, and we are extremely fortunate to have such a supportive and energetic Friends group, who do great things like this for the garden.”

Kate Barnard is available for interview / photographs in the garden. Please contact Jennifer Phillips to arrange on 01224 273174.