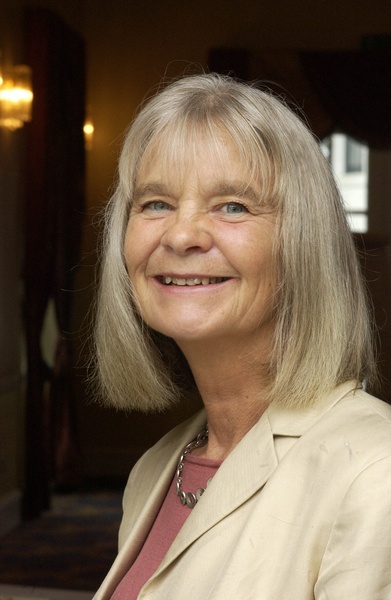 A University of Aberdeen professor - whose research has helped shape Scottish stop smoking policies - has received a top award from the pharmacy community.

Professor Christine Bond has been presented with the UK Lifetime Achievement award for Pharmacy.

The honour was given to the Professor of Primary Care at The Pharma Awards which celebrate high achieving people and teams from all sectors of pharmacy. The event spans the entire spectrum of the pharmacy profession, is supported by the Royal Pharmaceutical Society of Great Britain, and is widely recognised as the most prestigious industry event of the year.

Professor Bond said: “I am extremely honoured to receive this award. It is essential that new services are underpinned by good evidence of benefit. I am delighted that my research should have been recognised in this way.”

Professor Mike Greaves, Head of the University’s School of Medicine and Dentistry, added: Although this award recognises principally Professor Bond’s excellent contribution to a reduction in the burden of disease associated with tobacco use, a major Public Health issue, this is just one of several areas of health promotion and healthcare delivery in which Professor Bond has had a very significant impact.

“As a highly valued member of our senior academic staff within the School of Medicine and Dentistry, we appreciate and take pride in her extensive portfolio of clinical research contributions, including many in highly topical areas such as safety of medicines, prescribing errors, nonmedical prescribing and management of substance abuse.”

A registered pharmacist for over 40 years, Professor Bond has carried out and led groundbreaking pharmacy practice research for the last 25 years.

She spearheaded the first major randomised controlled trial of community pharmacy-based smoking cessation services. This showed the important and effective role community pharmacists and their staff play in helping smokers stub out the habit.

As a result of this study and subsequent work, this service has now been incorporated in the Scottish community pharmacy contract.

Professor Bond’s research activities are focussed on safe and appropriate use of prescribed and over the counter medicines, and range from community pharmacy services for drug misusers, to medicines management and self care.

As well as her University research activities, Professor Bond has retained a part time NHS  role  as Consultant in Pharmaceutical Public Health with NHS Grampian for the past 13 years, and serves on a range of research committees.

An internationally recognised expert on pharmacy practice, Professor Bond has been external examiner for several British universities. She served for 10 years on the Scottish Pharmacy Board of the Royal Pharmaceutical Society of Great Britain, and is also the editor of the International Journal of Pharmacy Practice.

Professor Bond has published around 170 peer reviewed publications, supervised over 20 post-graduate PhD and MSc students, and been awarded research grants worth several millions of pounds during her career.