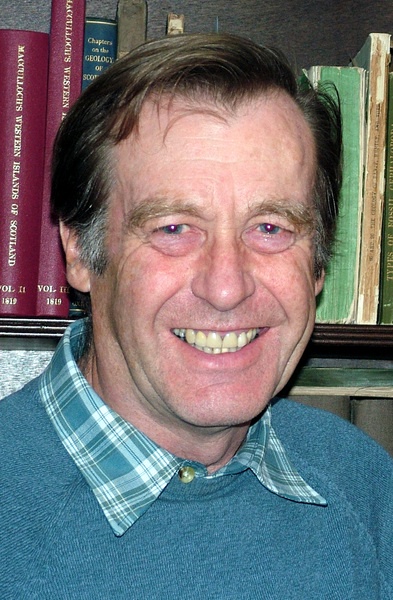 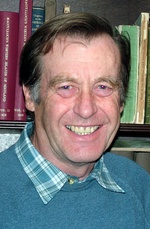 An Aberdeen academic has received a prestigious accolade for his work in palaeontology.

Professor Nigel Trewin, from the School of Geosciences at the University of Aberdeen has been awarded the Professor T N George Medal by the Geological Society of Glasgow.

Professor Trewin was presented with the medal at the University of Glasgow last week (Thursday 8 October) before delivering a lecture entitled Fossils Alive! Interpreting the Ancient Environments of Scotland, to an audience of society members.

In his lecture Professor Trewin drew from his book Fossils Alive! Or new walks in an old field which explores ten well known fossiliferous locations across Scotland from the viewpoint of a time-traveller.

Professor Trewin said: “The Professor T N George Medal is a highly regarded prize within the field of geology.  I am honoured to receive this accolade from my peers within the Geological Society of Glasgow, and accept it with due acknowledgement to all the postgraduate students, gifted amateurs, and academics with whom it has been my pleasure to collaborate in research.”

Professor Trewin has co-authored a new book - Excursion Guide to the Geology of East Sutherland and Caithness – with Professor Andrew Hurst, also from the University’s School of Geosciences, which was published last month.

Fossils Alive! Or new walks in an old field and Excursion Guide to the Geology of East Sutherland and Caithness are published by Dunedin Academic Press for Aberdeen Geological Society