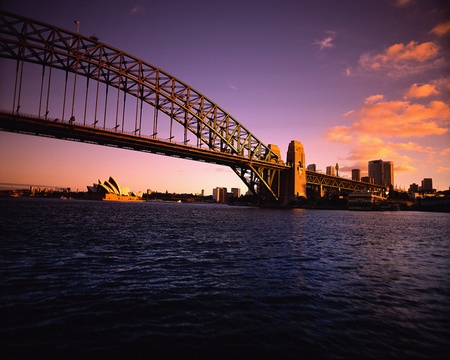 Aberdeen will share its experience of being the first university in Britain to undertake and implement a comprehensive review of its curriculum at the largest international education conference to be staged in the Southern Hemisphere.

Delegates from the University of Aberdeen will join with colleagues from the universities of Melbourne, Western Australia and Hong Kong to form a panel which will discuss the objectives and experiences of redesigning degrees at the four institutions.

The Australian International Education Conference is expected to attract more than 1,300 Australian and international delegates working in higher, secondary and vocational education, government and non-government agencies, and the corporate sector. Competition for session places was fierce.

The conference will be held in Sydney on 13–16 October and keynote speakers will include Australia’s Deputy Prime Minister, The Hon Julia Gillard MP.

Sweeping changes to the undergraduate curriculum at Aberdeen – to modernise the structure, content, delivery and flexibility of its degrees to ensure they match the needs of graduates and employers – will be introduced in 2010.

Aberdeenis leading the way on curriculum reform in the UK and the changes will be the most important educational development at the University in decades.

Dr Elizabeth Macknight, a member of Aberdeen’s Curriculum Commission, will chair the panel and Professor James Anderson, another Commissioner and convenor of the Bologna sub-group, is among the participants.

Professor Anderson said: “The Australian International Education Conference will provide us with a great opportunity to share our experience and to hear from colleagues in other institutions at different stages in the process.

“Reform of our curriculum is the single most important intellectual step that the University of Aberdeen has embarked upon in its recent history.

“The conference provides an exciting opportunity to put Aberdeen’s proposals for a new curriculum in front of an international audience.”

It is the first time the University of Aberdeen has been represented at the AIEC, which is now in its 23rd year and has grown into one of the pre-eminent international educational conferences in the world.

Professor Bryan MacGregor, Vice Principal for Curriculum Reform at Aberdeen, added: “This is the first opportunity to present the University of Aberdeen’s plans for curriculum reform to an international audience.

“Curriculum reform is about ensuring our graduates are equipped for the challenges of the 21st Century and are better able to meet the needs of employers and society.

“They form part of a wider plan to achieve status as one of the top 100 universities of the world. Sharing our experience with colleagues from other distinguished institutions, at such a prestigious event, can only help to drive that forward.”

The Bologna subgroup is the group charged with ensuring the implementation of Aberdeen’s proposals aligns with the Bologna Process. The Bologna Process is a European reform agenda designed to create a more widely compatible European higher education model.