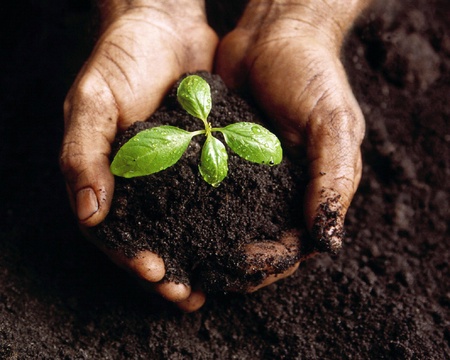 Almost half a million pounds has been awarded to scientists who want to see if climate change could impact on the levels of carbon dioxide (CO2) released from Europe’s soils.

The Natural Environment Research Council grant will enable Professor David Robinson and Professor Pete Smith from the Institute of Biological and Environmental Sciences at the University of Aberdeen, and Professor Pete Millard and Dr Andy Midwood of the Macaulay Land Use Research Institute, to test if soils are likely to release more CO2 if Europe’s climate changes.

Increases in atmospheric CO2 are a main driver of climate change, and a potentially large source of CO2 is in the organic matter in soil. If the climate warms up or becomes wetter this might encourage soil microbes to produce more CO2 that will enter the atmosphere.

The researchers will use a novel technique developed at the Macaulay Institute. This technique detects minute changes in the composition of soil CO2.

Professor Robinson said: “These small changes can indicate if the CO2 is being released from young organic matter – mainly dead plant remains – or from much older material: so-called ‘historical’ soil organic matter.

“If CO2 produced from the old organic matter outstrips that taken up by vegetation, it will contribute to the continuing CO2 increases in the atmosphere. We need to know the climatic conditions when this is likely to occur.

“Until our colleagues developed their new technique, it was impossible to measure that source of CO2 reliably.  Now we can.”

Soil provides a vast reservoir into which CO2 taken up from the atmosphere by living plants is transferred when they die, and where it can be stored as organic matter for thousands of years.

But when soil is disturbed during vegetation burning or clearing, or if soil microbes respond to warmer climates, the release of CO2 from the large underground carbon stores can increase.

Professor Millard added: “We’re delighted to join forces with the University of Aberdeen on this important research project. Many people know that CO2 is released from cars and factories, but emissions from soil are also an important factor contributing to climate change.”

The research team will visit forest sites in continental Europe during the next two years, from Italy to Finland, to measure CO2 emissions across the widest range of climatic conditions.

The potential impact of their results will be analysed back in Aberdeen using computer models that predict possible future climates.

As well as telling us more about how Europe’s soils interact with climate, the project will provide information to guide Scottish and UK governments’ and EU efforts to reduce carbon emissions.

The Institute of Biological & Environmental Sciences(IBES) was established in 2007 as the research wing of the School of Biological Sciences at the University of Aberdeen. The IBES comprises three research programmes (Ecology, Integrative Physiology and Biological Interactions in Soil) involving 55 full time academic staff and their research groups. This includes about 80 post-doctoral research staff and 150 PhD students. Current active research grants total approximately £21M.

The Macaulay Land Use Research Institute was founded in 1930 and is an international centre for research and consultancy on the environmental and social consequences of rural land uses. With an annual income from research and consultancy of over £14M, the Institute is the largest interdisciplinary research organisation of its kind in Europe, and aims to provide evidence to help shape future environmental and rural-development policy on a national and international basis.