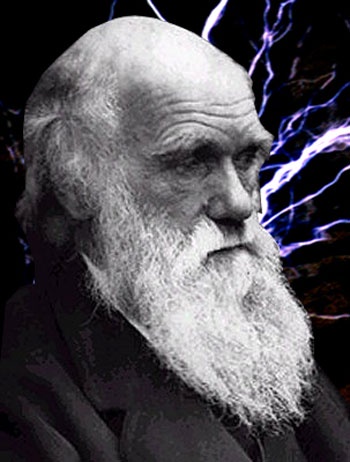 An award-winning author and historian will be in Aberdeen tomorrow night, when he aims to explore many of the myths that surround Charles Darwin and his controversial book On the Origin of Species.

Dr Jim Endersby, a lecturer at the University of Sussex, is undertaking a world tour and giving a variety of presentations on Darwin and his work, including dates in Sydney, Paris and New York.

His acclaimed lecture ‘Is There a God in This Text – Darwin 2009’ is part of Aberdeen’s TechFest In September festival and is Dr Endersby’s only Scottish date.

Tomorrow night, Dr Endersby will be looking at exactly what Darwin did and did not say, and also at the way his contemporaries reacted to the ground-breaking book.

Jim Endersby is a lecturer in the history department at the University of Sussex, where he teaches the history of 19th and 20th-century science.

He is the award-winning author of A Guinea Pig’s History of Biology, which won the Royal Society of Literature Jerwood Prize and was listed for the Guardian First Book Award.

Liz Hodge, Managing Director of TechFest-SetPoint, the charity which runs the festival, said: “This is a real coup for TechFest to be able to bring Dr Jim Endersby to Aberdeen, which is his only Scottish date on the current tour.

“Darwin is a hot topic at the moment with 2009 being the 200th anniversary of his birth, as well as the forthcoming release of the new film Creation, which looks at his life. Jim will be examining the myths that surround On the Origin of Species and given the level of interest in Darwin’s work we expect this to be an extremely popular and thought-provoking event.”

The lecture will take place at the University of Aberdeen’s Fraser Noble Building at 7.30pm tomorrow (Wednesday, September 23).

Priced at £3.50 for adults and £3 for concessions (plus booking fee), tickets are available from Aberdeen Box Office on 01224 641122 or online at http://www.boxofficeaberdeen.com/

TechFest In September is now in its 16th year of engaging young people in the four main STEM subjects and encouraging them to go on to follow a career which utilises these skills, as well as instilling the relevance of STEM in adult life.

The two-week festival is once again being supported by joint principal funders Shell and BP, demonstrating their investment in a STEM-literate nation and commitment to the future development of the global oil and gas industry.

As well as the public programme, thousands of pupils have attended a host of science and mathematics-themed TechFest events for schools.

The festival finishes on Monday (September 28) and is expected to have attracted around 20,000 visitors.