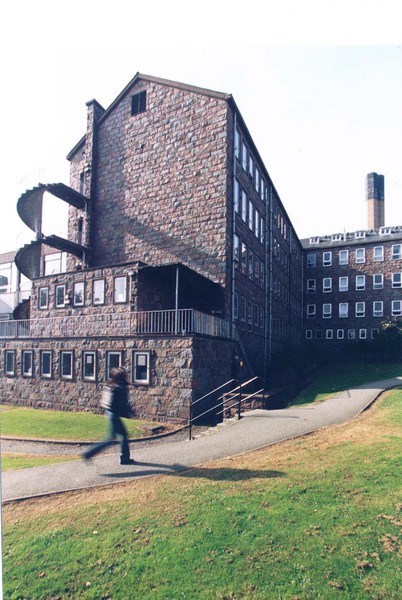 A new institute which will use mathematics to advance medical breakthroughs and tackle critical global issues, will be launched by the University of Aberdeen today (Wednesday 16 September).

New drug discoveries, a greater understanding of climate change and extreme global events such as earthquakes, are just some of the aims of the research which will be conducted by the institute.

The Institute of Complex Systems and Mathematical Biology brings together leading international experts from across the globe in areas including mathematics, biology, physics, engineering and politics.

The integration of mathematical developments with biological experiments – known as systems biology – will be the institute’s main concern, positioning the University at the international forefront of this emerging area of science.

The further development of mathematics will also be a key area of research.

Over thirty scientists will work within the institute which will be based at the University’s Meston Building on its King’s College Campus.

Four of these academics have been recruited to the University as Sixth Century Chairs, as part of a £9million investment programme to recruit outstanding scholars who have achieved international distinction in their fields.

The University launched the second phase of its Sixth Century recruitment drive in April this year – investing a further £15million towards bringing even more internationally renowned professors and senior scholars to the institution.

Some of the key research which will be conducted by the Institute of Complex Systems and Mathematical Biology includes:

“The institute draws together the University’s research strengths in subjects including mathematics, physics, biology, computing science, engineering and politics.  Research will focus on mathematical solutions to real life global issues, with the aim of forging new breakthroughs in areas such as medicine, geology and climate change.”

Professor Celso Grebogi of the University of Aberdeen’s School of Natural and Computing Sciences will act as Director of the Institute for Complex Systems and Mathematical Biology.

He said: “Major discoveries have taken place within mathematics over the last few decades.  The powerful mathematical techniques which have been developed are now being applied to a diverse range of subject areas – including for example biology and politics – and are resulting in significant breakthroughs in our knowledge of the world around us.

“From how the human body functions to why political scenarios escalate, earthquakes occur or the effects of global warming, the University of Aberdeen Institute of Complex Systems and Mathematical Biology brings together leading international scientists to provide answers to these questions, which will have a potential impact on a worldwide scale.”

A five day conference entitled Dynamics in Systems Biology is being held at the University this week (14 – 18 September) to mark the launch of the institute.

Two hundred delegates from across the globe are attending the inaugural event which will see forty key international experts deliver plenary talks.

Key discussion points at the conference will include avoidance of epileptic seizures, detection and control of arrhythmia, bacterial infections diseases, mitigation of jet-lag, and cancer spreading.