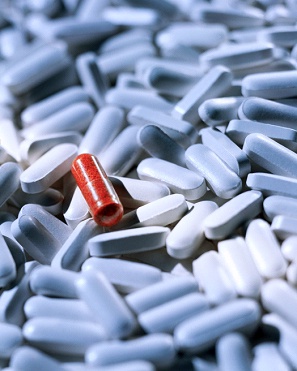 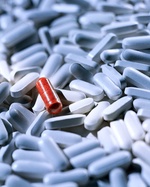 A study by medical researchers from the University of Aberdeen challenges the view that GPs are overprescribing antidepressants.

Doctors may even be under-prescribing antidepressant drugs – a situation researchers say could potentially be made worse by attempts to hit government targets.

The study, published in the British Journal of General Practice, comes at a time when antidepressant use is already on the rise.  Antidepressant prescriptions have more than trebled in Scotland in the last decade, with similar findings reported around the world.

With no evidence to explain this rise, it has been suggested that GPs are prescribing anti-depressants far too readily.  The Scottish Government has set a target to reduce future antidepressant prescribing by 10%. Currently statistics look at the volume of prescriptions issued not the number of patients taking antidepressants.

However the new study by Aberdeen researchers - which explored prescribing activity in the Grampian area - clears doctors of overprescribing. The team believe their study is indicative of GPs behaviour elsewhere.

Professor Ian Reid, Professor of Mental Health, led the research. He said: “Our study shows that GPs are not prescribing antidepressants unnecessarily, as has been widely assumed.    It is more likely GPs are initiating antidepressant treatments conservatively.”

The Professor’s team analysed the activities of more than 30 GPs at four surgeries in the North East of Scotland to find out how well they recognised and treated depression.

Researchers particularly wanted to find out if GPs were giving antidepressants to patients who did not meet national guidance for the use of these drugs.

Researchers invited patients - attending the surgery for any reason - to complete depression assessment questionnaires while they waited to see their GPs.

The GPs, unaware of the questionnaire results, then made their assessment of the patients, and recorded whether or not they diagnosed depression.

The researchers then noted what treatments, if any, the GPs had arranged. They compared the GPs’ views and actions with the questionnaire results, to test the idea that GPs might be giving out antidepressants unnecessarily.

Professor Reid said: “Our study showed that GPs did not arrange treatment for about half of the patients who filled in our questionnaires and who had significant symptoms of depression because they did not detect the illness at that visit.

“Out of the 897 patients surveyed in the study, only three were receiving antidepressants without a clear reason for taking them.”

Professor Reid believes that the high volumes reported of antidepressant prescribing are a result of the way limited statistics are used to monitor prescribing.

He said: “All that is currently measured is the total volume of antidepressants dispensed. The statistics do not distinguish variations in dose or duration of therapy, nor do they track individual treatments.

“As the statistics currently measure numbers of antidepressant prescriptions, crucially, they don’t tell us how many people are taking the drugs. If antidepressant doses increased, or the duration of treatment lengthened, the prescription statistic would rise without any change in the number of people being treated.

“We had previously surveyed the quality of antidepressant prescribing in the mid 1990s in Tayside and we found that many doses were often half of what they should have been, and length of treatment was often half as long as recommended.  Over the last 10 years efforts have been made to increase awareness of treatment guidelines, and if GPs respond to this, the volume of antidepressants prescribed must rise.

“But the current measures cannot distinguish between a rise caused by improved treatment, or unnecessary prescription, or a mixture of the two. That is why we wanted to directly determine whether GPs were overprescribing. They don’t seem to be.”

Professor Reid added: “Our results are comparable not just with surveys in the UK, but as far afield as Sweden, Italy and France. Depression is undertreated wherever researchers take the trouble to look. If the rate of missed depression is significant - and international surveys bear this out - then correcting this would increase the prescription volume again.”

The Professor believes that targets to reduce prescriptions alone may be mistaken. He said: “I think the Scottish Government’s policy is intended as a spur to increase the availability of non-drug treatments for depression, such as talking therapies. I’d heartily endorse that aim.

“However, in my view, it would have been better to set a target focussing on non-drug therapies, rather than on prescription volumes.  Reducing one treatment does not necessarily promote another, and it may be that the use of a range of treatments, including antidepressants, needs to increase to improve quality of care."