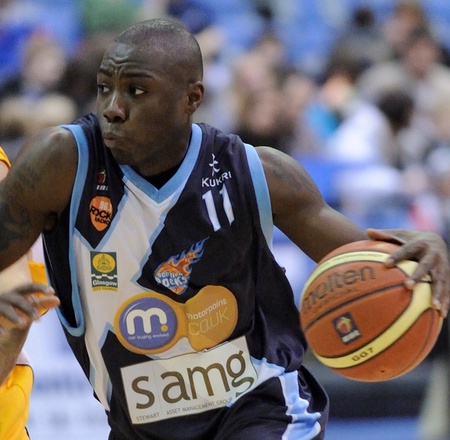 Professional basketball team the Glasgow Rocks are to play an exhibition game against a Grampian Select side on Tuesday (September 15).

A sell-out crowd of around 400 is expected at the Aberdeen Sports Village for the match – the first of its kind to be held in the North-East.

The Glasgow Rocks are Scotland's only professional basketball team and compete in the British Basketball League - the UK’s top professional league.

Tuesday’s game will see some of the best basketball players in Scotland put facilities to the test.

Grant Wilson, Regional Basketball Development Coordinator for basketballscotland said: “The Glasgow Rocks are the only professional team in Scotland and it is great to see this team taking time in their pre-season to support regional development in the North East.

“This match will provide basketball players in the North East with a platform to showcase their skills. Players from across the local league clubs have come together to form the Grampian Select squad allowing the players an opportunity to play at a higher level.

“This should be a great game for all to watch and will raise the profile of the sport in Aberdeen.”

“We can now provide a venue fitting for elite athletes as well as the general public and already we are seeing the benefits with events of this kind.

“It should be a good match and I’m sure everyone who comes along will be impressed by the level of skill which will be on display.”

The exhibition match takes place from 7-9pm on Tuesday September 15.