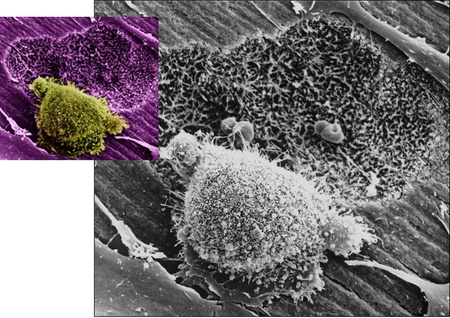 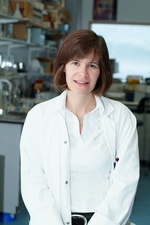 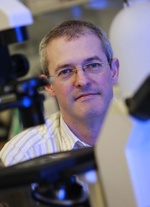 Aberdeen scientists have discovered a new way in which cells that destroy bone can be controlled.

The University of Aberdeen team has also found that a constituent in cannabis can prevent this breakdown of bone.

But the researchers - whose findings appear in Proceedings of the National Academy of Sciences - stress that smoking cannabis is not the answer to beating bone diseases such as osteoporosis.

Bone is a living tissue that constantly repairs itself. This process is regulated by cells called  osteoblasts which form new bone and osteoclasts which remove old bone.

But as we get older there is greater osteoclast activity and we eventually lose bone density. This causes diseases such as osteoporosis and is also responsible for skeletal damage in patients with cancer and rheumatoid arthritis.

Now researchers at the University’s Institute of Medical Sciences - led by Professor Mike Rogers and Professor Ruth Ross - have shown that a protein called GPR55 found in bone cells can regulate the activity of osteoclasts.

They also found that GPR55 is activated by compounds found in the body and can also be blocked by cannabidiol - a constituent in cannabis known as CBD.

The research - conducted by PhD student Lauren Whyte – showed that activation of GPR55 caused the osteoclasts to destroy more bone. Studies also revealed that blocking the protein stopped osteoclasts from chewing away at the bone, resulting in an increased bone mass.

The team looked at CBD - which does not cause the ‘high’ associated with smoking cannabis – because it had been thought to act on GPR55, although this has not been proven in the past. A synthetic CBD – mimicking the constituent found in cannabis – was used in the lab research.

Professor Mike Rogers, head of the bone and musculoskeletal research programme at the University of Aberdeen, said: “We have shown for the first time a link between this particular protein and the activity of cells which eat away at our bones. We are also first to show that blocking GPR55 may have direct beneficial effects on bone cells in certain bone diseases.”

Professor Ross, an international expert in cannabinoid pharmacology, said: “This is an exciting finding but it certainly does not show that smoking cannabis is good for our bones. There are a great number of complex constituents in cannabis and further research is required in order to fully understand both the risks and benefits associated with cannabis.”

“However what our studies do show is a brand new target for the development of new drugs that could block the activity of GPR55 and help prevent destruction of bone.”