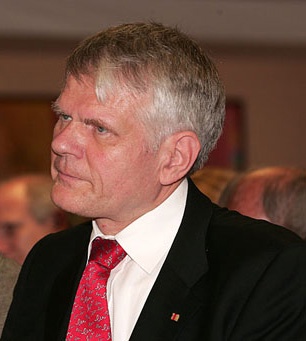 Germany’s official envoy to Britain will give a guest lecture at the University of Aberdeen today (Thursday, February 5) as part of his first official visit to Scotland.

HE Ambassador Georg Boomgaarden, who took up his post last year, met First Minister Alex Salmond at the Scottish Parliament yesterday and the Lord Provost of Edinburgh, as part of a two-day whistle stop visit.

Today he will joined by Wolfgang Mossinger, Consul General in Edinburgh, as he continues his tour with a trip to the North-east.

Ambassador Boomgaarden is expected to meet with oil and gas executives before giving a guest lecture on the European Union at King’s College campus, which is likely to touch on attitudes to enlargement of NATO and the EU as well as the current economic climate.

The private lecture is being held in the Linklater Rooms from 2-3pm and will include a question and answer session.

In the evening, Aberdeen’s Lord Provost Peter Stephen will meet the German delegation onboardresearch vessel 'Walther Herwig III', which is currently in port at Aberdeen Harbour.

Trevor Salmon, Professor of International Relations at the University of Aberdeen said: “It is a pleasure to welcome the Ambassador to King’s College and to Scotland. His visit gives students and staff an invaluable opportunity to directly engage with issues surrounding German foreign policy at a time of some uncertainty in European politics, especially in the context of Germany’s changing relationship with France.”