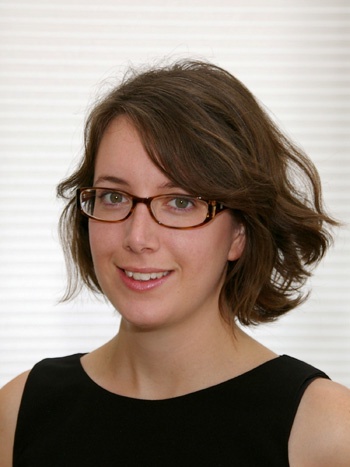 Celebrations to mark the birth of one of science’s greatest figures, who shaped our understanding of how life evolved, will begin in Aberdeen tonight (Wednesday 11 February).

Charles Darwin's 200th birthday this week will be commemorated by the University of Aberdeen with a series of events aimed at engaging the public with the scientist's revolutionary work.

Author and poet Kelley Swain will read from and sign copies of her book Darwin's Microscope inspired by the scientist's travels, at the Union Bridge branch of Waterstone's Bookshop, Aberdeen at 7pm this evening on the eve of Darwin's birthday.

Admission is free to the event, which is the second in the University's new Cafe Scientifique series, which aims to create a lively and informal public forum in the city for discussing topics in science and technology.

On Thursday Ms Swain will read a selection of her poems to Primary 7 pupils from Kittybrewster, Riverbank and Woodside schools in Aberdeen as they hop on board the Reading Bus which will be parked outside the University's Zoology building.

The children will be asked to produce their own creative writing, taking inspiration from the range of real life specimens and samples within the institution's Natural History Centre including platypus, turtle skulls and shells.

The pupils will also examine up close a species of animal which was key to Darwin's work – the pigeon.

The children will have the chance to handle live species of bird – that was bred by Darwin as part of his study into his theory of evolution by natural selection – under the watchful eye of Ian McKay, President of the Aberdeen Federation of Racing Pigeon Societies.

The pupils will also toast Darwin's birthday with specially made birthday cake prepared in honour of the occasion.

On Thursday evening the commemoration day will continue with a public lecture by Dr Lyall Anderson from Cambridge University's Department of Earth Sciences, and formerly of the University of Aberdeen's Geology department.

In his lecture I, a Geologist, Dr Anderson will provide an insight into his current work on rock samples collected by Darwin himself during his famous voyage on the survey ship HMS Beagle in 1831.

Dr Anderson's lecture will take place in the Meston Building Lecture Theatre 1, on the University's King's Campus beginning at 6.30pm.  Birthday cake and beverages will be on offer before the lecture from 6pm.

Admission to the lecture is free and pre-registration is not required.

The events to mark Darwin's birthday week begin a series of public and schools activities inspired by Darwin's work and coinciding with the National celebration DARWIN200.

Dr Ken Skeldon of University's Public Engagement with Science Unit said: "Charles Darwin revolutionised the way we view the natural world, but just as important, he was passionate about engaging a general audience with his discoveries."

"Throughout 2009 we have some great events inspired by Darwin's work. Some are tying in with big festivals like National Science and Engineering Week in March, the Word Festival in May and Techfest in September.  We are blending the Darwin theme with the International Year of Astronomy 2009 for our March Café Scientifique, when Professor John Parnell comes to chat about rocks sent into space and brought back again for analysis. And in November Professors Rosemary and Peter Grant from Princeton, world experts on evolution based on the study of Darwin's finches, will deliver a public lecture in the University's School of Biological Sciences.

"Our programme culminates on November 24th, the 150th anniversary of the publication of On the Origin of Species when the University's Natural History Centre will be hosting an Evening with Evolution."

For more information about the Darwin events visit http://www.abdn.ac.uk/darwin/ or contact Dr Ken Skeldon on 01224 272410 or by email k.skeldon@abdn.ac.uk .