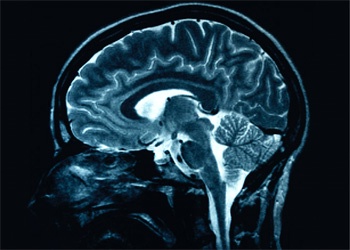 Two major studies which analysed the DNA samples of tens of thousands of people across the world have revealed new links between genetic variation and the risk of schizophrenia.

In two landmark papers published in Nature today (July 1) international research teams including scientists at the Universities of Aberdeen and Edinburgh reveal they have found that three common genetic variants – which many of us have – can increase our risk of developing the severe mental health disorder.

One of the papers also found a connection between genetic variation and bipolar disorder.

Additionally the papers demonstrate that many other common predisposing variants are likely to exist that still remain to be identified.

The individual variants on their own make us slightly more predisposed - between 1% and 2% - to schizophrenia, but when combined with other genetic and/or environmental factors may substantially increase an individual's risk.

Researchers say the findings are a major step forward in piecing together the genetic jigsaw of schizophrenia which affects one in 100 people.

The work may also pave the way for the development of new drugs to treat the disease – although scientists warn this is many years away.

Professor David St Clair, Chair in Mental Health at the University of Aberdeen, was part of the two international collaborations which made the findings. He said: "Schizophrenia is one of the main causes of major mental illness. The drugs bill alone worldwide runs to $20bn a year, not to mention the huge other costs such as hospital stays, lost employment opportunities and diminished quality of life.

"Our findings are a real scientific breakthrough since they tell us a lot more about the nature of the genetic risk of schizophrenia than we knew as little as a year ago.

"However this is not a breakthrough that is going to change clinical practice any time soon. It will still be many years before our findings can be translated into new drug treatments. Much more work is also still required for us to piece together the overall genetic architecture of schizophrenia."

Professor Douglas Blackwood, Professor of Psychiatric Genetics at the University of Edinburgh, added: "The new discoveries of genes clearly take us forward in our understanding of what causes schizophrenia and are the result of close collaborations between several teams of psychiatrists who have shared resources.

"However the project owes its success to the massive support received from a very large number of patients and their families who took part in the studies in several countries.

"We all now hope that these large scale genetic studies will be the source of vital new clues about the nature of schizophrenia opening up new possibilities for treating and defining the illness."

The two studies combined, analysed DNA samples from around 42,000 people – approximately 10,000 had schizophrenia.  The researchers involved are from universities and mental health research centres and institutes across Europe and America.

Professors David St Clair and Douglas Blackwood are available for interview – Professor St Clair is in Paris but contactable on his mobile.