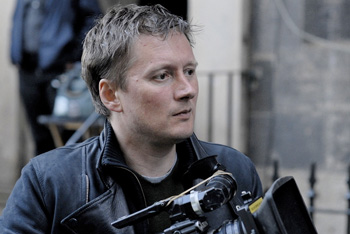 One of the UK’s leading filmmakers will visit Aberdeen today as part of the University of Aberdeen’s Director’s Cut series.

A host of prominent filmmakers and broadcasters, including Don't Look Now director Nicolas Roeg and Sir David Attenborough, have previously made the trip to the North-east.

Around 250 people will descend on King's College Centre for tonight's event, which begins at 6pm.

The film was critically lauded and earned Mackenzie a host of awards, including a Scottish BAFTA for Best Director.

His latest film, Spread (2009), due to be released this summer, stars Ashton Kutcher as a serial Hollywood womaniser faced with the choice of love or money.

Dr Alan Marcus, Head of Film and Visual Culture at the University of Aberdeen said: "We were thrilled to secure David Mackenzie for the Director's Cut. He has quickly established himself as an intensely creative and vital director.

"Young Adam, with its brooding narrative, is one of the most visually striking British-made films of the last 50 years, while Mackenzie's deft handling of the equally dark and mysterious Hallam Foe underlines his burgeoning reputation in the film world."

The Director's Cut event on March 25 is co-hosted by Scottish Screen and the Research Institute of Irish and Scottish Studies at the University of Aberdeen.