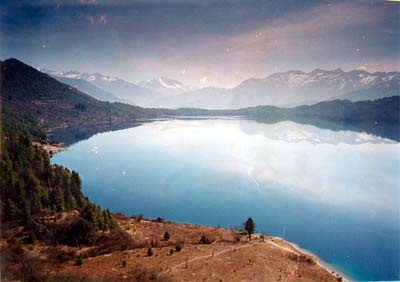 Current health services are failing to provide adequate care for female sex workers in Nepal despite a rise in HIV, according to new research.

A University of Aberdeen study has found that a combination of reasons including discrimination and stigma were a barrier to sex workers in Kathmandu using sexual health services.

A total of 425 sex workers aged 19 to 35 took part in the study – half were street workers and the remainder worked in cabins, restaurants, massage centres and hotels.

Researchers found that a lack of confidentiality; discrimination and negative attitudes held by health care providers, poor communication between service providers and fear of being publicly exposed as a sex worker were the major obstacles to sex workers seeking sexual health services.

Generally Nepal has a low rate of HIV among its adult population (0.5%) but the prevalence is higher nationally among female sex workers (4%) and even higher (17%) among sex workers in Kathmandu valley.

The first case of HIV was reported in 1988. Two decades on and almost 70,000 people have become infected. The increase is attributed to an active sex trade as well as a rise in injecting drug users and male labour migration.

Young people aged 14 to 19 comprise 13% of all known HIV infected cases. Teenage girls represent about one third of all women living with HIV. It is estimated that in the absence of effective public health interventions in Nepal, AIDS could become the leading cause of death among the 15-49 age group over the coming decade.

Laxmi Ghimire, from the University of Aberdeen's Public Health Department, said "Female sex workers are at a high risk of HIV transmission as the prevailing health services do not meet their need and work setting.

"Unfortunately sex workers do not use the health services as often as is desirable. They seek health services mostly from clinics that are located in distant places because of concerns over stigma. Lack of privacy and confidentiality and fear of exposure by the public while visiting the health services outlets is also a barrier to them seeking health.

"Addressing individual, structural and cultural barriers and making relevant changes in the government health policies is a must to ensure iimproved use of sexual health services by the FSWs," said Ms Ghimire.

Ms Ghimire has published the paper Barrier to Utilisation of Sexual Health services by Female Sex Workers in Nepal in Global Journal of Health Science.

She has also presented papers on her research into this area at the World AIDS conference in Mexico, the South Asian Conference in Kathmandu and the British Nepal Academic Council in Edinburgh.