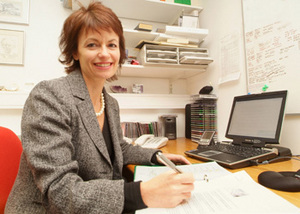 Anne Glover, Professor of Molecular Biology and Scotland's first chief scientific adviser, was made a CBE for services to environmental science.

A CBE for services to medicine was also bestowed on Allan Templeton, Regius Professor of Obstetrics and Gynaecology.

Professor Templeton helped develop the fertility clinic in Aberdeen, which he views as one of the best in the UK, and is past president of the Royal College of Obstetricians and Gynaecologists.

Renowned organist Dr Roger Williams, Master of Chapel and Ceremonial Music, was awarded an MBE for services to music.

Well-known University supporter Jenny Shirreffs, who sits on various institutional committees and bodies including the Alumnus Association, and is also Chairwoman of the Aberdeen and North-east Deaf Society, was made an MBE for her voluntary service to the community of Aberdeen.