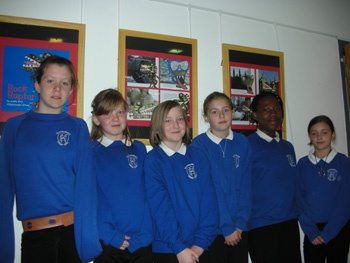 An exhibition celebrating the rich heritage of Old Aberdeen will be launched today with the help of local primary school youngsters and politicians.

Pupils from Kittybrewster, St Peter's RC and Sunnybank schools will be on hand to showcase artwork produced as part of a project celebrating the centuries-old cobbled corner of the Granite City.

Their work will be exhibited at the University of Aberdeen's MacRobert building and public spaces across King's College campus until June 5, and will also be made available online.

The project, which was largely funded by the Heritage Lottery Fund, drew on the University's museum and archive treasures to help local youngsters learn more about the history of Old Aberdeen.

In total, eight Aberdeen primary schools and pupils from St Machar Academy worked with North-east artists and writers to produce a range of artwork, books, 3D sculpture and animations inspired by the area.

Reading Bus co-ordinator Jenny Watson said: "The project has allowed the pupils to learn from professional artists and given them a real pride in their exhibition and books.

"The work they've produced is fantastic and it's great to now be able to share it with a wider audience. Our aim is to provide a lasting legacy of resources to inspire others to explore Old Aberdeen's heritage and this exhibition is the first step in that journey."

A further six schools will exhibit work between now and December 2009.