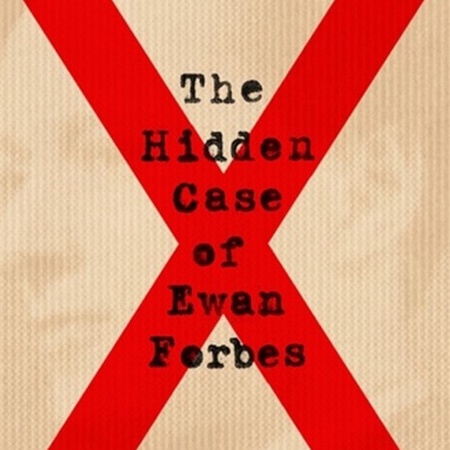 Forbes (1912-1991) was a trans man christened as Elizabeth Forbes-Sempill and officially registered as the youngest daughter of John, Lord Sempill. After an uncomfortable childhood, in which he did not conform to gender stereotypes, he began presenting as a man in the 1930s following a course of medical treatments in Germany.

In 1939, Forbes was accepted as a medical student at the University of Aberdeen and graduated in 1944.

He formally re-registered his birth as male in 1952, changing his name and taking a small advert out in the Press and Journal to state that he now wanted to be known as Ewan.

The legal position was unclear, and it took three years before a ruling by the Court of Session, which held him to be intersex, finally led to the Home Secretary recognising his claim to the title. The case was heard in great secrecy, with the effect that it was unable to be considered in other judgments on the legal recognition of gender variance.

Playdon’s book brought new attention to the case and has been described by The Independent as “One of the most important pieces of investigative journalism ever written about trans people”.

The talk, from 7-8.30pm on Monday, will outline the extraordinary court case that ensued and how the author uncovered records that for many years had been deemed too controversial for public view.

In addition, there will also be an opportunity to meet the author, who also has a long academic career and over thirty years’ experience of frontline work in LGBTI human rights including supporting and advising on UK and European legal cases, on November 15 from 10am to 12pm.

Playdon is a former co-chair of the Gay and Lesbian Association of Doctors and Dentists [GLADD] and cofounded the Parliamentary Forum on Gender Identity in 1994.

Both events form part of the University of Aberdeen’s celebrations of Book Week Scotland.

Jennifer Shaw, Assistant Curator, Museums & Special Collections said: “For this year’s Book Week Scotland, we are delighted to be able to invite Zoe Playdon to the University for two in-person events. Zoe’s visit will take place during the University’s Trans Awareness Week, and we hope these events will give many people an opportunity to hear more about this important local story and to ask the author about her involvement with LGBTI human rights.”