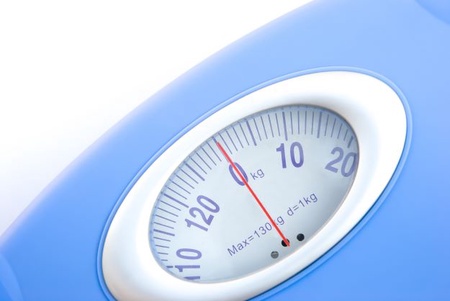 Clinical trials of treatments for obesity are unlikely to include, or report results, for participants from groups who are most at risk of more serious obesity, new research led by the University of Aberdeen has revealed.

While the underlying causes of obesity are varied, there is an increasing association between more serious obesity and deprivation - including people with lower incomes, less education, lower socioeconomic status, intellectual and physical disabilities, or poorer mental health.

Risk factors for developing more serious obesity are stronger for women than men (although men with obesity may be less likely to join weight management programmes than women). Some racial and ethnic minority groups are also at greater risk of obesity.

Despite this, this review of international weight management studies, showed that only 3.1% reported on the socioeconomic status of participants and few reported adapting their trials to attempt to reach underserved groups.

Researchers from the Health Services Research Unit at the University of Aberdeen examined an international data set of 131 randomised controlled trials of weight management interventions for people with more serious obesity (BMI 35 kg/m2 or more).

The researchers studied the inclusion and exclusion criteria and reporting of participants’ characteristics in the 131 trials.

The research team also investigated whether the trials had adapted their recruitment methods or interventions to appeal to underserved groups.

The researchers found that data for underserved groups were poorly reported by the trials.

Over half of the trials excluded people due to age or mental health reasons.

Where outcomes were reported for underserved groups, the most common analysis was by sex (47.3%), followed by race or ethnicity (16.8%).

The study was carried out as part of the National Institute for Health and Care Research funded REBALANCE Project (REview of Behaviour And Lifestyle interventions for severe obesity: AN evidenCE synthesis).

Professor Alison Avenell, from the University of Aberdeen’s Health Services Research Unit, said: “Our findings are concerning. In almost all trials, it is difficult to assess the generalisability of the results from clinical trials to the wider population of adults with more serious obesity.”

“The lack of reporting for characteristics reflecting underserved groups suggests that trial investigators either did not consider underserved groups or faced barriers that prevented their inclusion in the design, recruitment, and analysis or reporting of their interventions. This is important because it indicates that clinical trials may not reflect the perspectives and experiences of people who could most benefit from effective weight management services.”

“Guidance on how to improve the representation of underserved groups in clinical trials may improve the appropriateness of research and inform greater engagement with health and social care services.”

The mission of the National Institute for Health and Care Research (NIHR) is to improve the health and wealth of the nation through research. We do this by:

NIHR is funded by the Department of Health and Social Care. Its work in low and middle income countries is principally funded through UK Aid from the UK government.